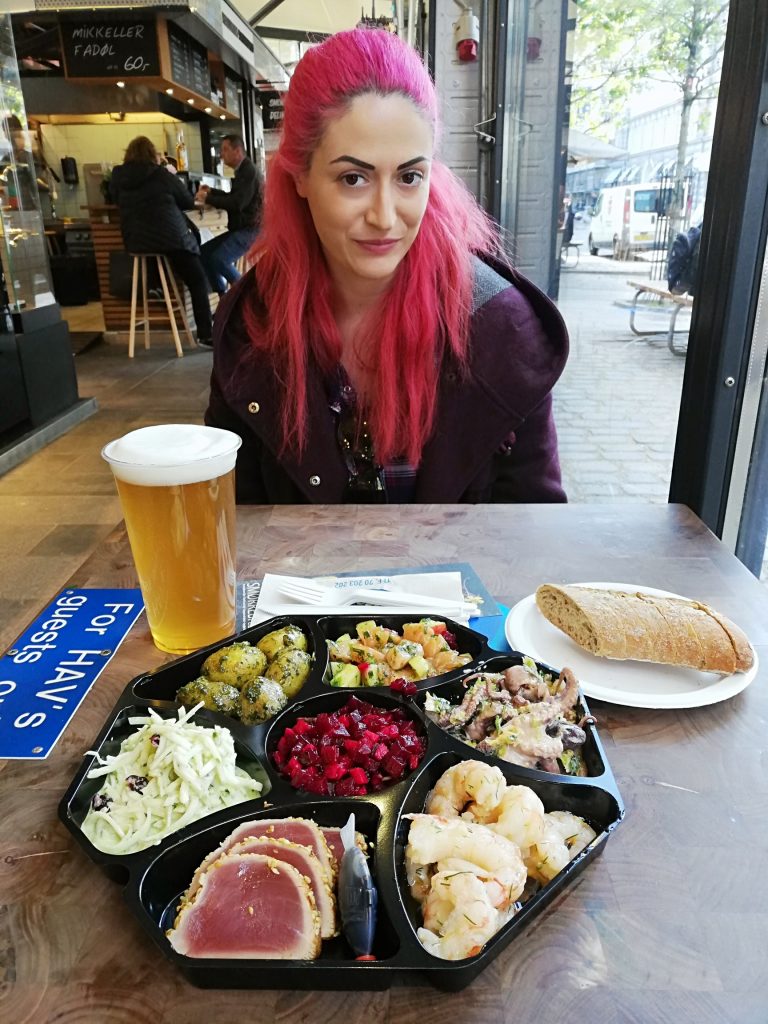 What to eat in Denmark, you ask? Well, in all candidness, there are at least two things you need to try once here: fish and pastries.

Now, if you’re not a fan of fish, this may be hard for you. Don’t despair though as the Danish flatland offers green pastures for many a farm animal: pigs, chickens, cows. This means the meat offer is rich and varied.

Consequently, dairy products are esteemed too: Danish butter has a worldwide reputation. 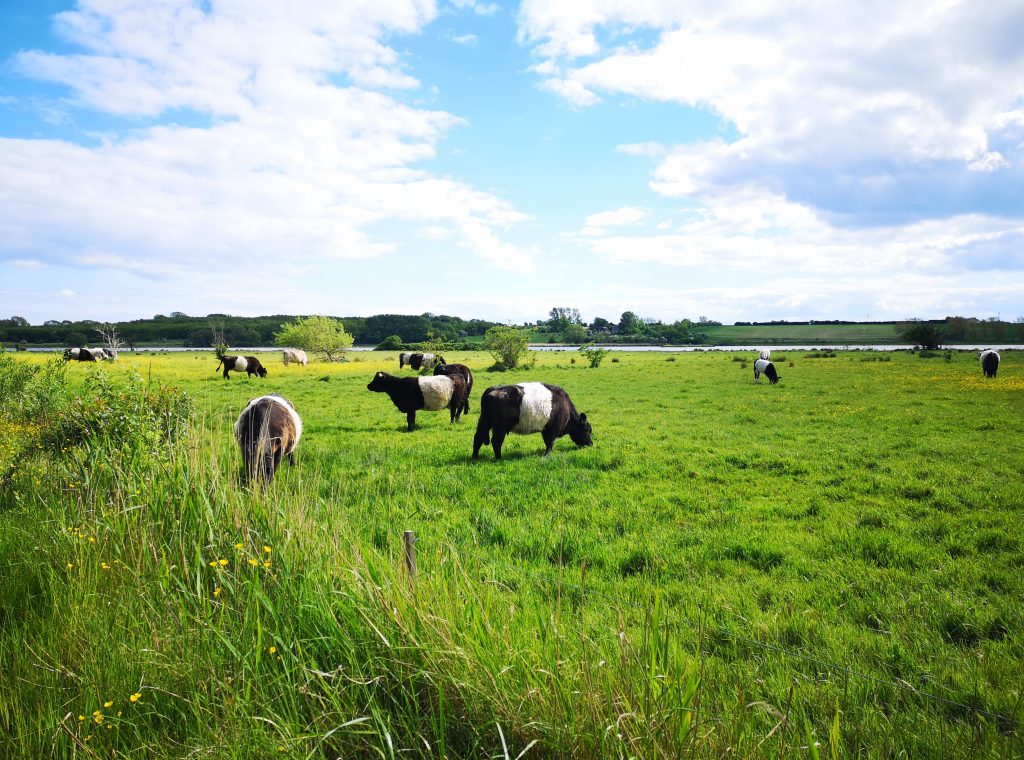 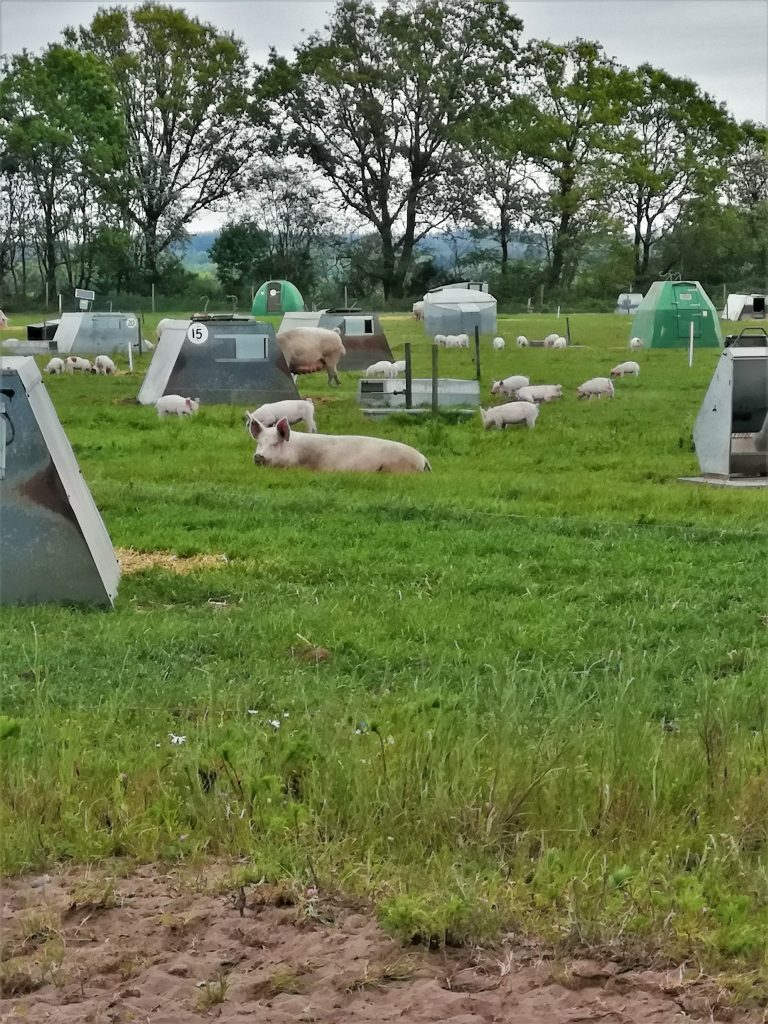 For the animal lovers it may be difficult to find plant-based options outside big cities: your best – and cheapest – bet is to buy fresh fruit and vegetables in supermarkets. Check out the Vegetarian Society of Denmark website for more info.

What to eat in Denmark – sustainability

The country as a whole is committed to sustainability: you can tell not only from the myriad of wind turbines scattered in the countryside, but also from an “allegiance” called New Nordic Food. A branch of the broader and historic Nordic Cooperation, the New Nordic Food with its manifesto covers important principles: it promotes animal welfare, seasonality and the use of local produce. 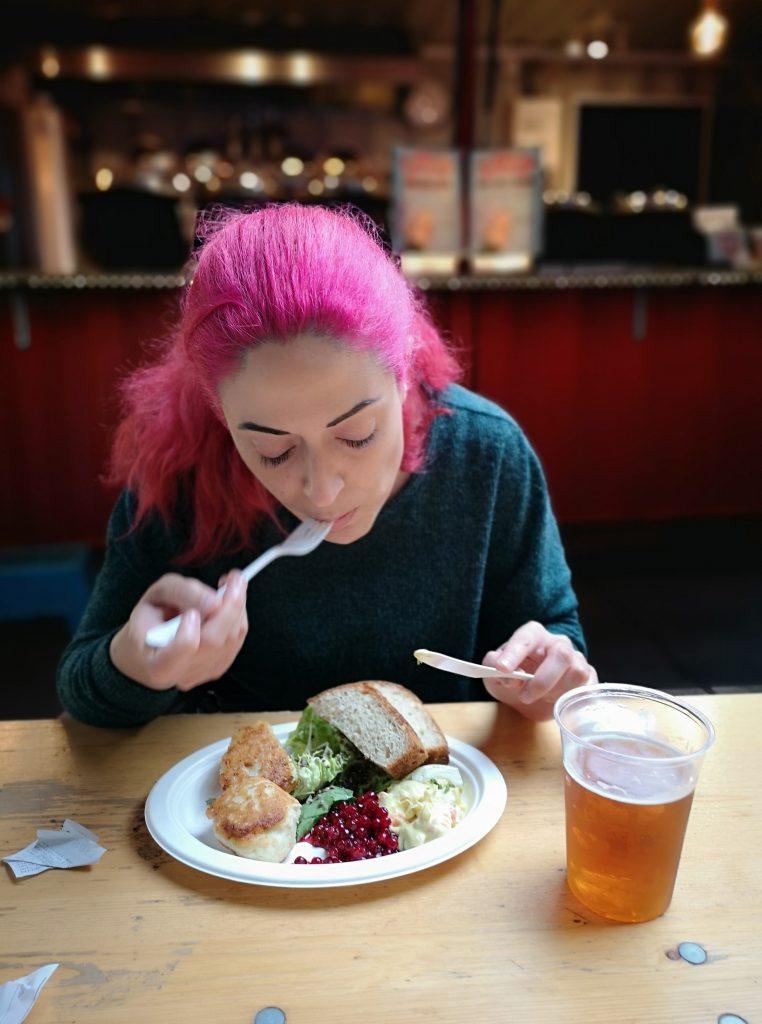 What to eat in Denmark – smørrebrød

One way of combining all the deliciousness of refined flavours in one enticing arrangement is the smørrebrød: an open-faced sandwich generally consisting of a piece of buttered rye-bread generously garnished with seafood or meat, cheese or spreads and decorative greens. 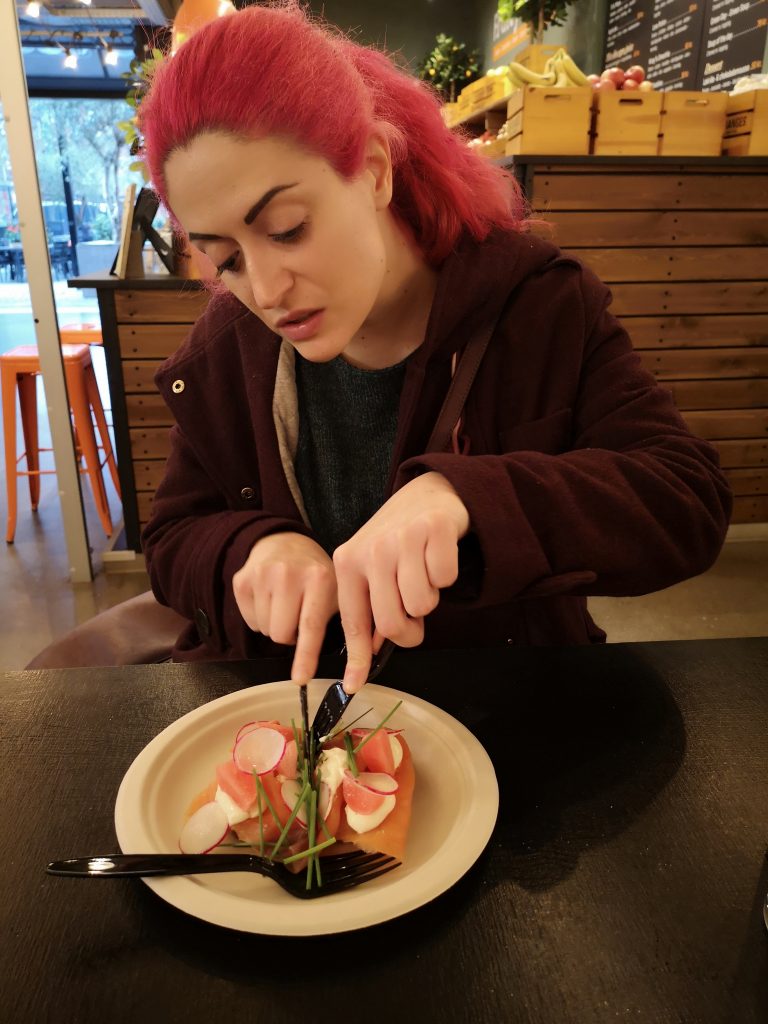 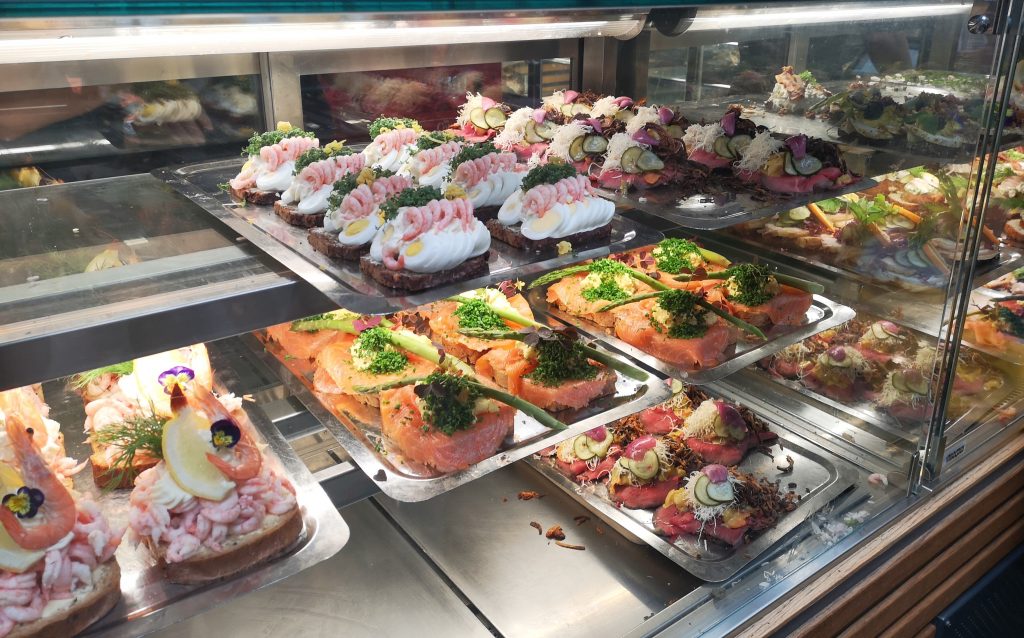 What to eat in Denmark – fish

You can choose it fresh from a fishmonger, try it in delicious combinations on a smørrebrød or have it smoked (or fried in the shape of a meatball) from a local rogeri (smokehouse).

The most common fish species caught in the North Sea are cod, plaice and herring. The supply of shrimp, halibut and salmon comes from Greenland, an autonomous territory within the Kingdom of Denmark. 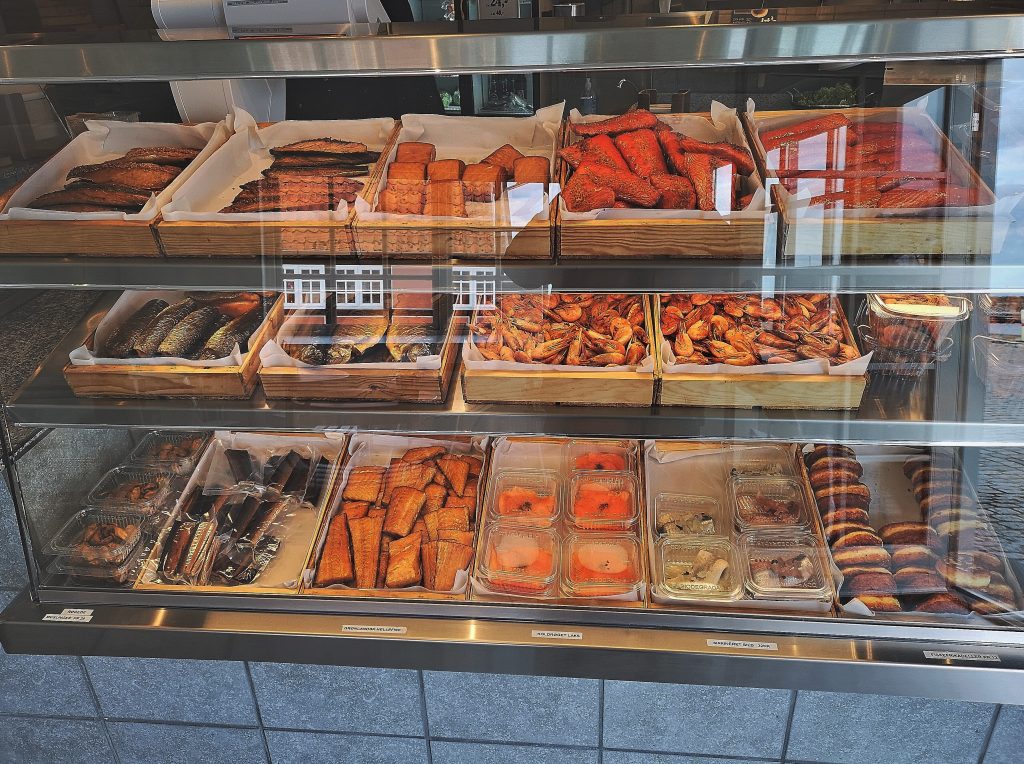 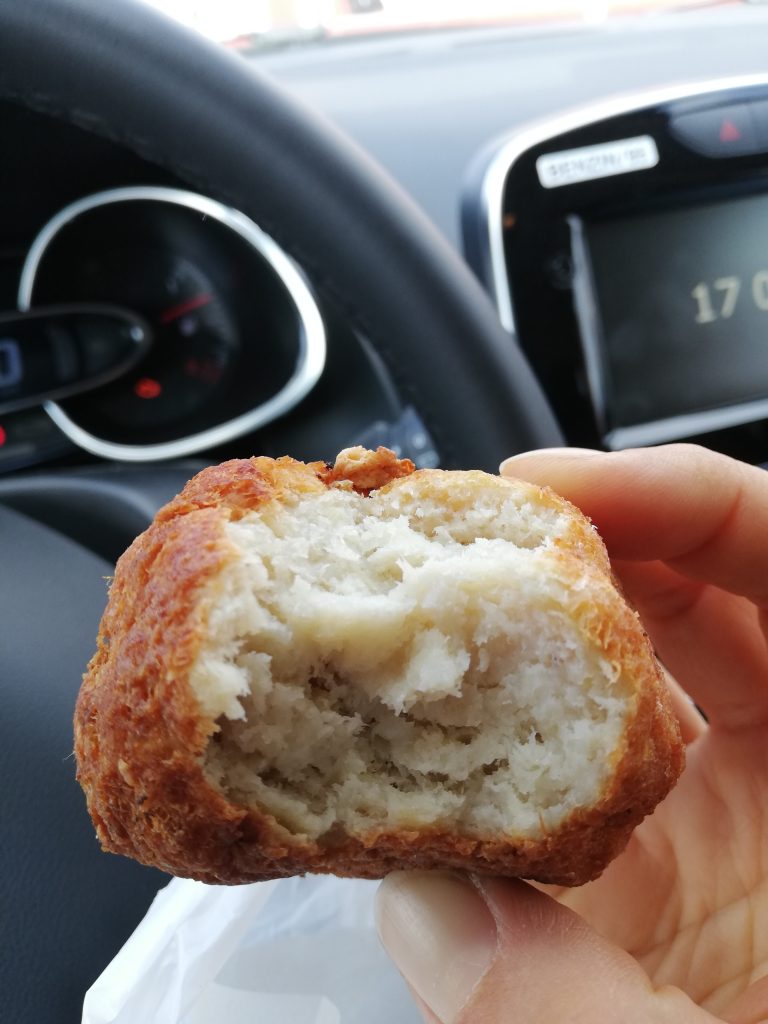 What to eat in Denmark – pastries

Oh, my word! Even if you don’t have a sweet tooth, you have to  at least try a kanelsnaegle. It translates to “cinnamon snail” but it’s most commonly known outside Denmark as cinnamon roll.

It’s presented in different versions and shapes to accommodate every taste and feed every palate. 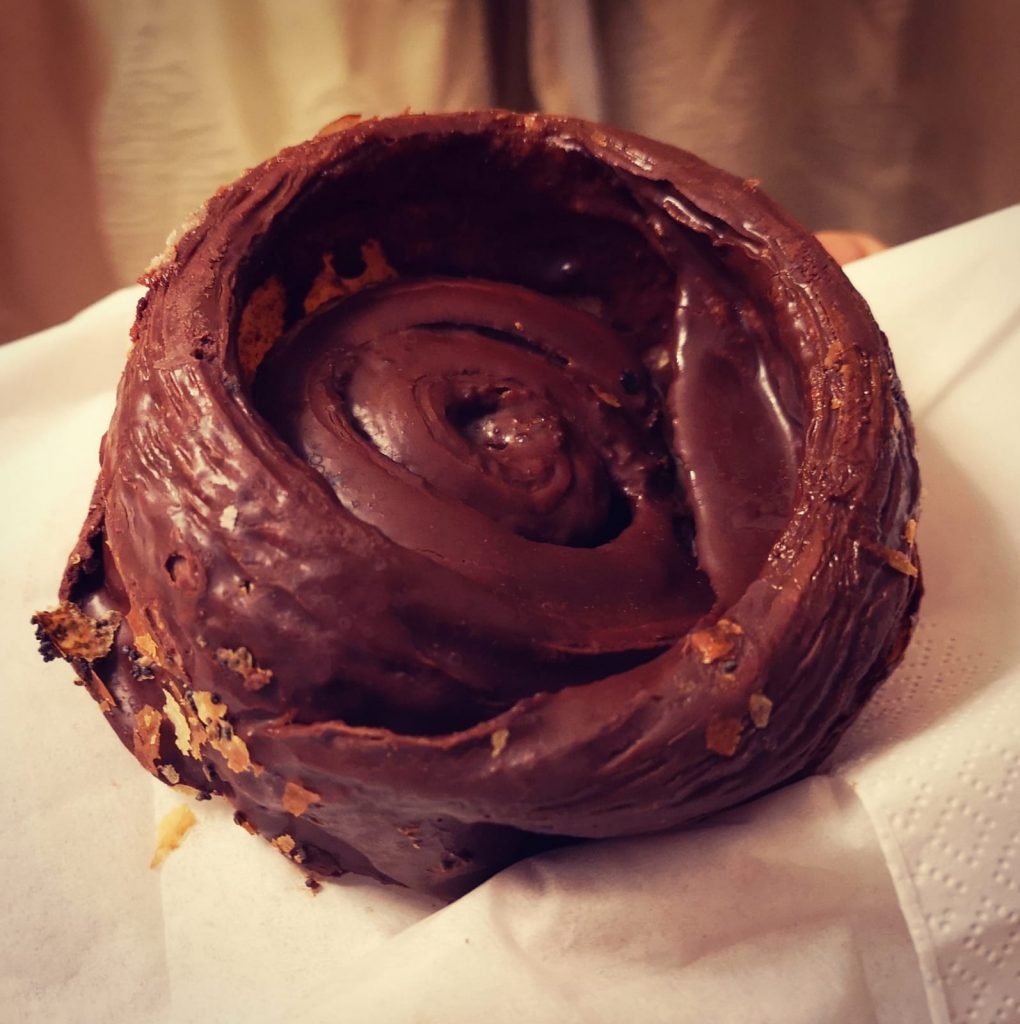 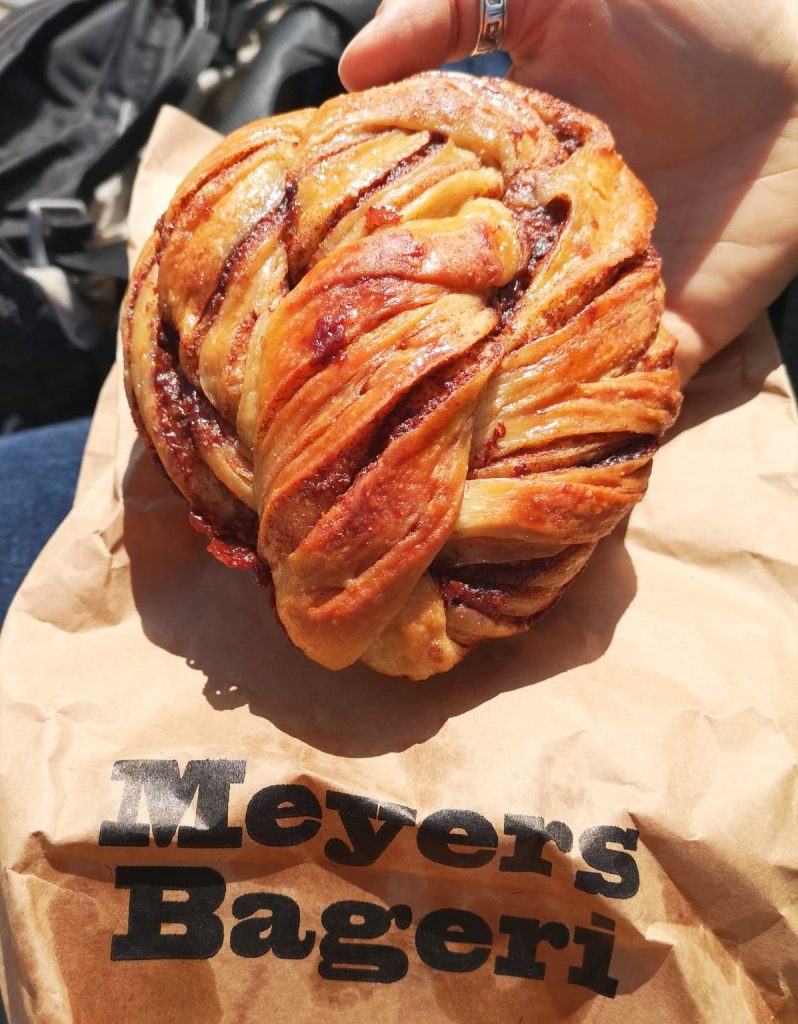 We’ve made sure to try it everywhere we went. Needless to say that Copenhagen is where it’s at: here’s where the most famous bakeries are located. To name a few: Laura’s Bakery (our absolute favourite!); Hart Bageri; Meyers Bageri; Lagkagehuset. The latter is now also found in London with the name Ole&Steen. 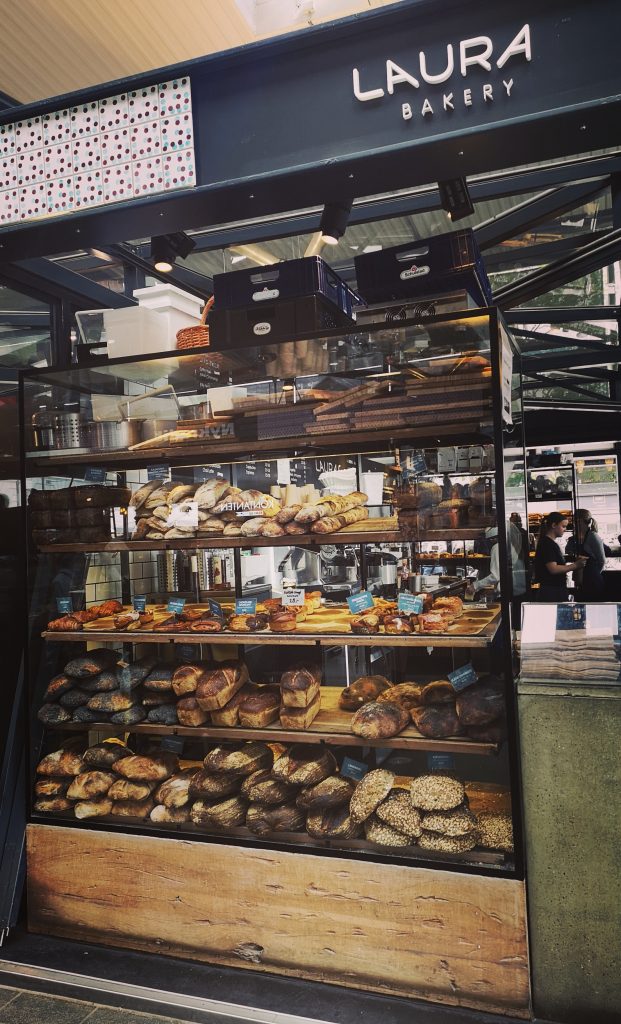 Funnily enough, in the whole of Scandinavia, the dough used to make cinnamon snails as well as other sweet pastries, is called wienerbrød, or “Viennese bread”. What they have so cleverly done in the northern regions of Europe is to take it up notch by packing it up with flavour, adding rich butter and spicing it up with cinnamon.

I still hold dear in my taste buds’ memory the cinnamon roll made by a company called Brauð & Co. in Iceland. Read a mouth-watering description of it here.

Next to the kanelsnaegle, there are also other famous creations, such as the rabarberhorn with a delicately sharp-yet-sweet rhubarb and marzipan filling, the spandauer, a type of wienerbrød with a custard filling, and the omnipresent tebirkes, made by rolling and folding a soft and smooth dough many times over and filling it with remonce, a paste of butter, sugar and marzipan.

For a more complete list of all the pastries you need to try in Copenhagen, read here. Bon appetit! 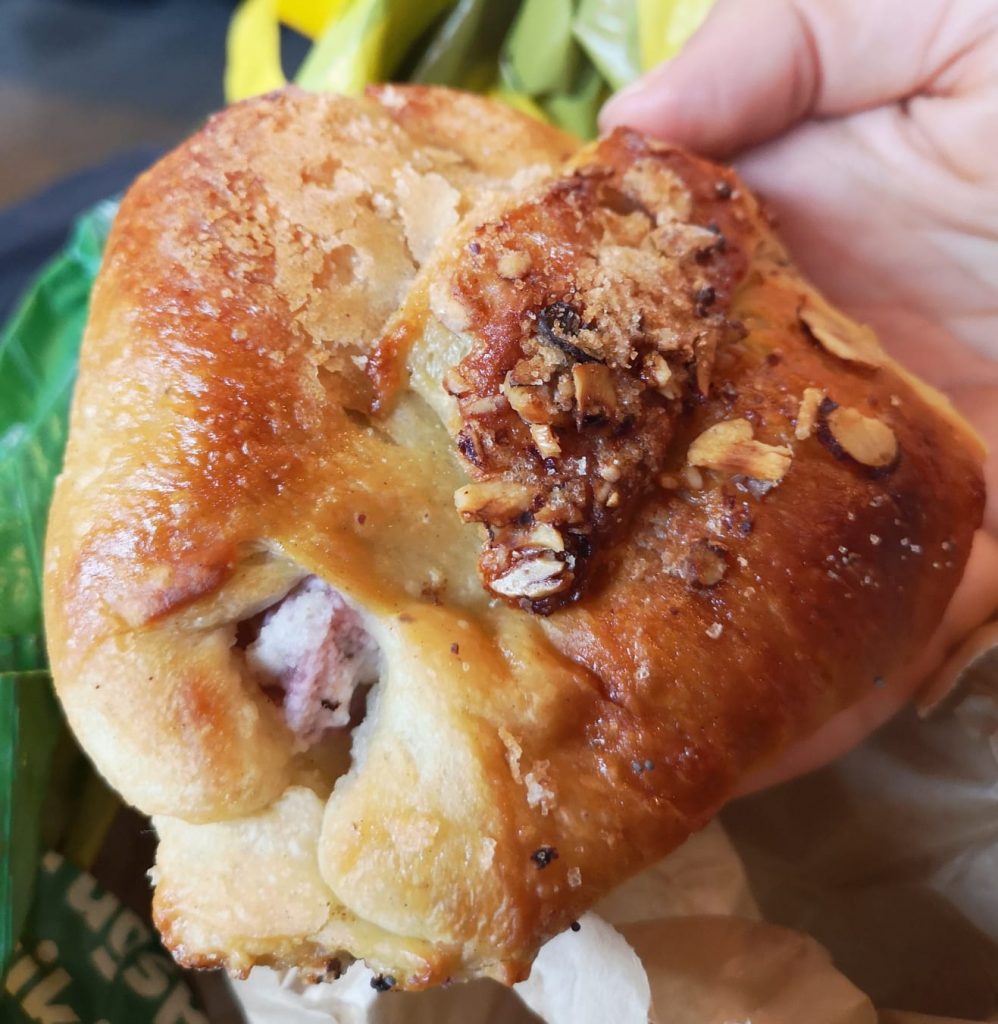 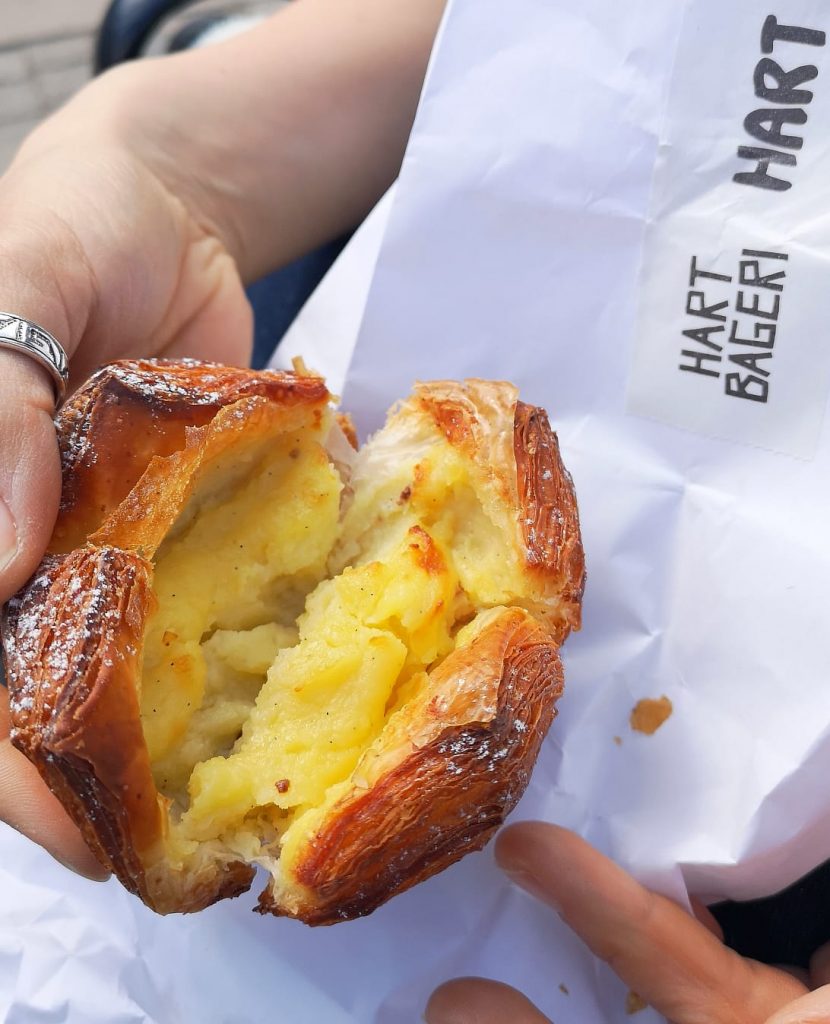 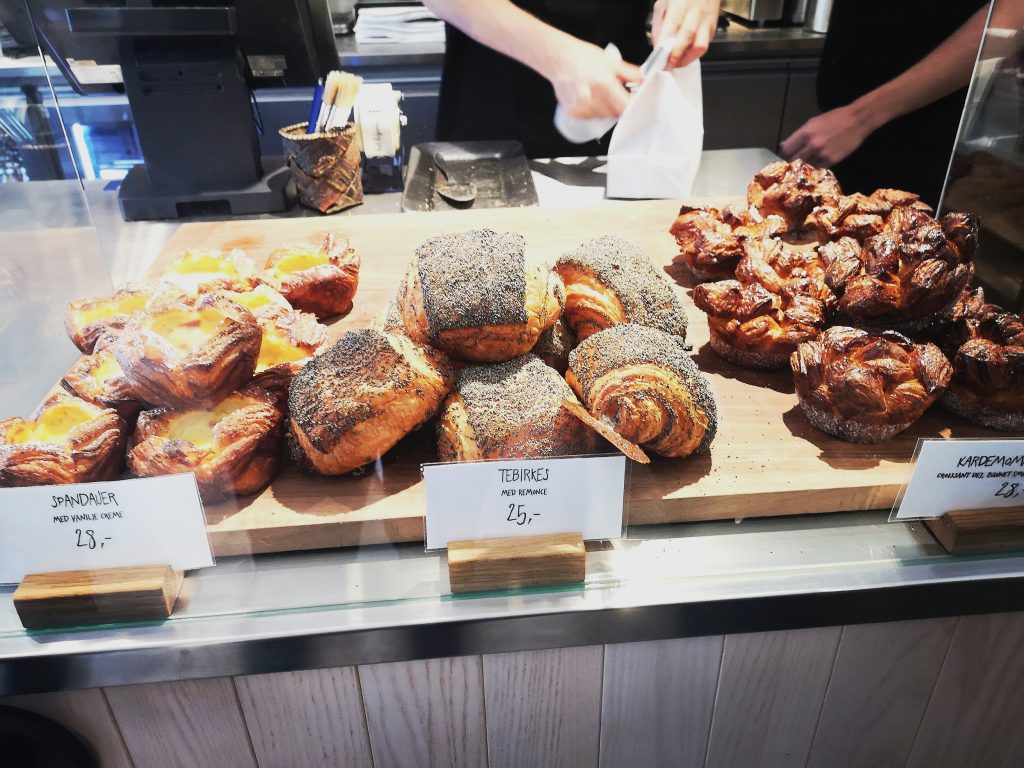