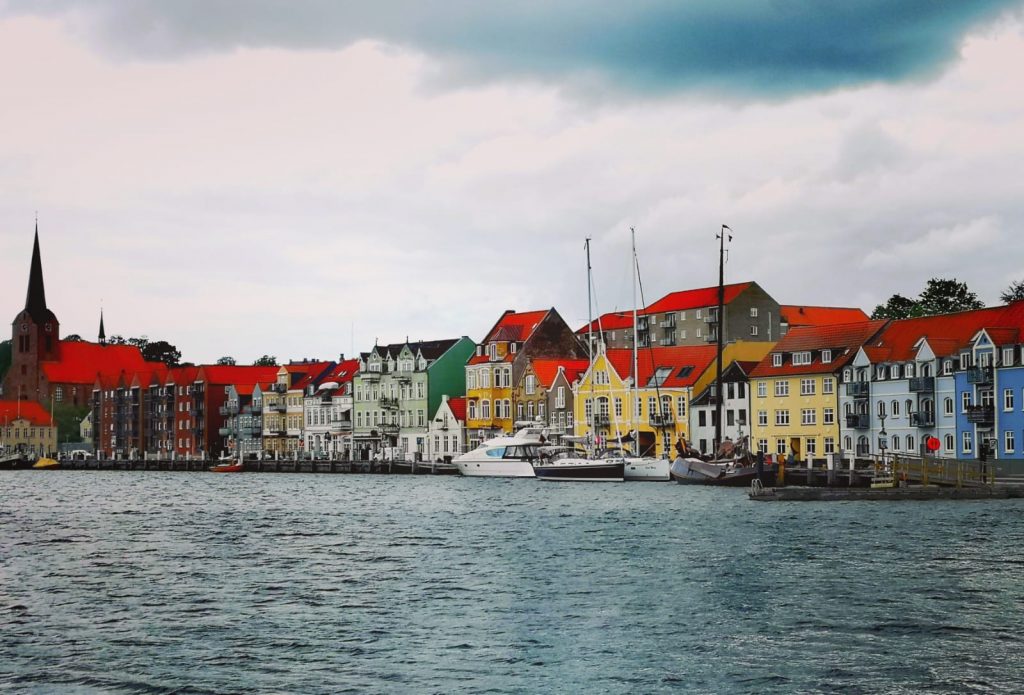 Just before leaving the Jutland peninsula we drove down south along the western coast to admire the retracting tide still covering the street that links the mainland to the island of Mandø, part of the Vadehavet National Park. If you wish to visit the island, you can park at the Vadehavscentret, check the tide level and hop on one of the tractor buses that serve the island daily. The centre organizes tours and activities all-year-round from oyster gathering to seal safaris. Choose your favourite tour here.

Moving south-east, cutting the Jutland peninsula transversally, we encountered Sønderborg. We stopped for a bite to eat at Kislings, on Perlegade, the main shopping street, where they served us generous healthy portions accompanied by a sound hipster vibe.
We walked down towards the harbour to take a few pictures of the royal fortress, Sønderborg castle (built in the mid-12th century and used as a barracks by the Germans during the Nazi occupation) and of the mølle (windmill), a national symbol. There are at least five windmills in the area around Sønderborg: one, Slotsmøllen, is located right in the heart of the city. 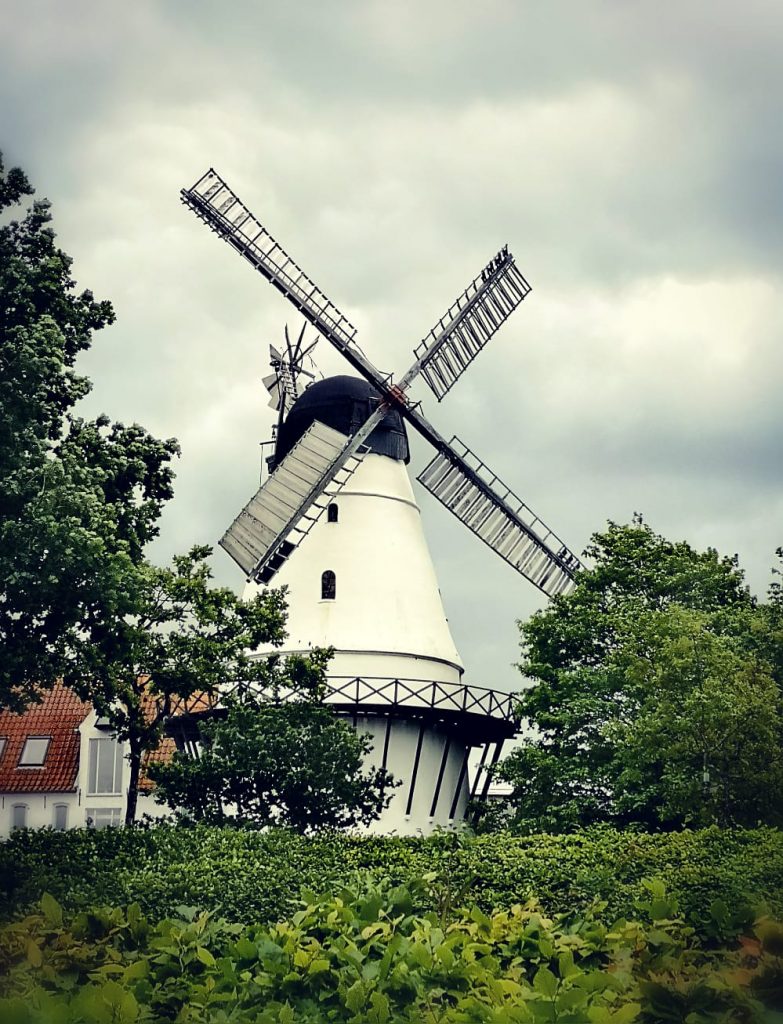 An easy 20-minute drive takes you to Fynshav. From here you can take a ferry to Bøjden situated on the main island of the Funen region and 50 km away from Odense, Denmark’s third-biggest city.

Alternatively – and this is what we did – you can reach the small (30km-long, 9km-wide) island of Ærø, the “wedding island” as many couples come here to tie the knot. Until not long ago it was officially known as the “Las Vegas of Europe” but has since lost the title as Danish law has made it harder for couples to get married (more paperwork and less cake!) Ærø has an undeniable charm: the island offers green pastures, picturesque villages and the blue sea as a constant backdrop.
There is a fyr (lighthouse) on its western tip and moraine cliffs at Voderup on the south coast. 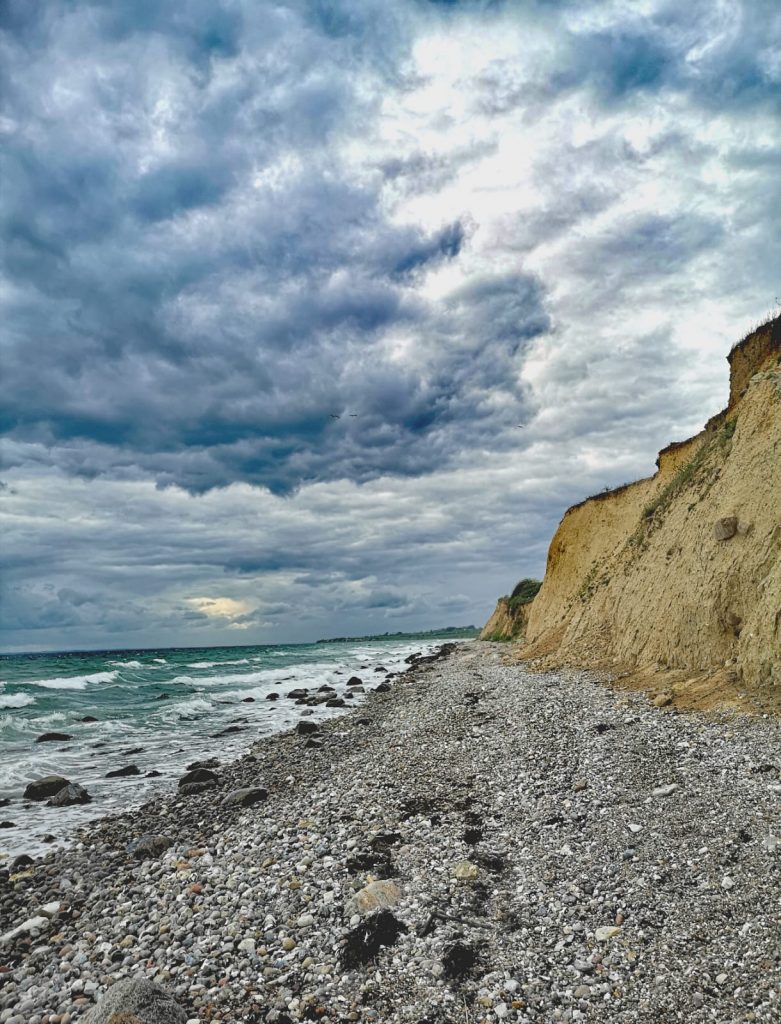 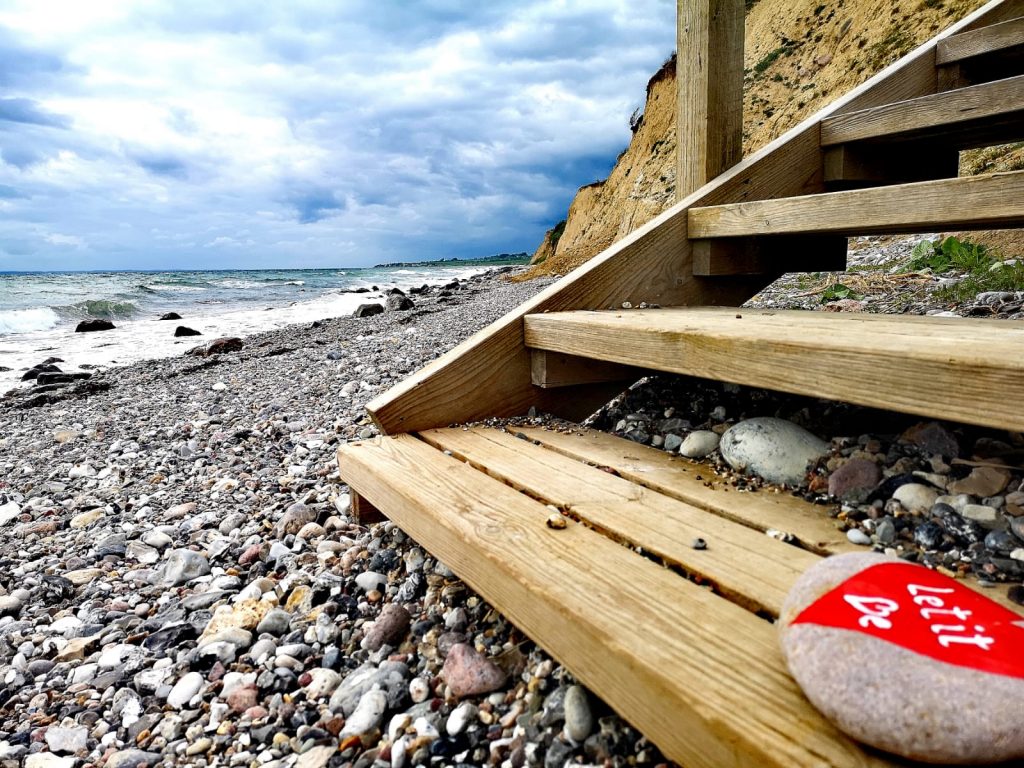 At Ærøskøbing, one of the three main settlements, we stopped for a tasty ice cream at Cafe Aroma (try their black sesame flavour!) and bought our dinner at Ærøskøbing Røgeri. At this point, if you were looking for local smoked fish, don’t read any further. We asked for local produce and were candidly told that the fish found in the surrounding waters is too soft to endure the smoking process. However they have many choices including salmon coming from the Faroe Islands and halibut from Greenland. They’re both Danish territories so it’s technically still Danish food although not exactly local. 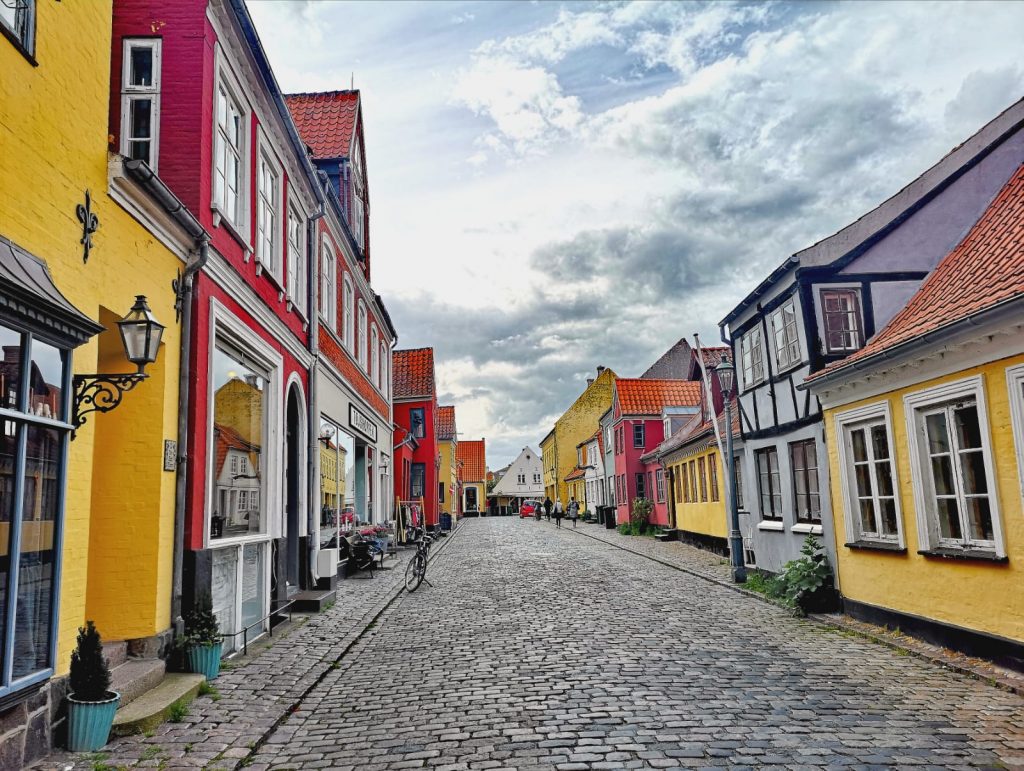 It is a cozy dependance linked to the main building where the owners live but with a separate, private entrance. White-painted walls and floors make the living area (bedroom, living room with kitchenette and a bathroom) seem even bigger. Basics such as coffee, salt and pepper were available. There’s no TV but some books (in Danish) and speakers to which you can connect through BlueTooth and listen to your favourite tunes. It is located some 2 km from Marstal and less than 1 km to the nearest bicycle renting shop. 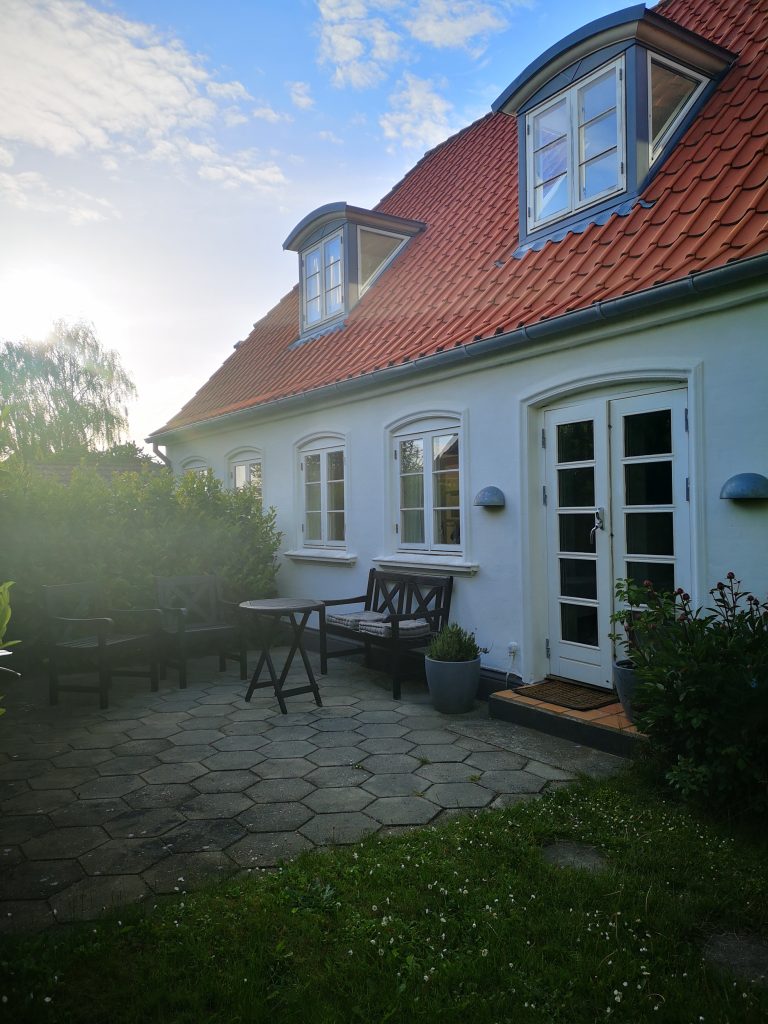