We know how hard it is to put together a trip that soothes your FOMO and leaves you with a sense of satisfaction and contentment.

That’s why we’ve created a list of the “top ten places in Portugal” you absolutely cannot miss in your next visit to this beautiful country.

The list is based on suggestions, reviews and Lonely Planet’s Portugal’s highlights.

On our 12-day road trip we visited most of the sights hereby recommended but left out two of them for lack of time: Quinta da Regaleira and Cabo de São Vicente.

Be sure to plan your trip including all these top ten places in your itinerary.

Hills, historic trams, narrow streets and much more: this is Lisbon.

The capital city has to fall on your itinerary and deserves at least a couple of days of exploring.

When in Lisbon, don’t miss the many advantageous viewpoints (miradouros), the Castelo de São Jorge, the Convento do Carmo, the Alfama district and the Museu Nacional do Azulejo for a dive into the history of Portugal’s iconic coloured tiles. 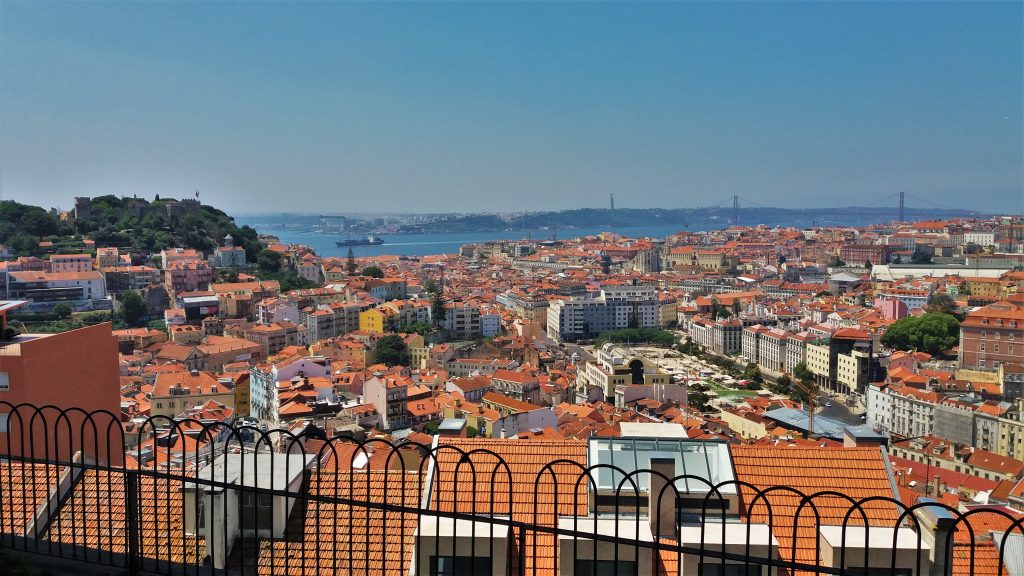 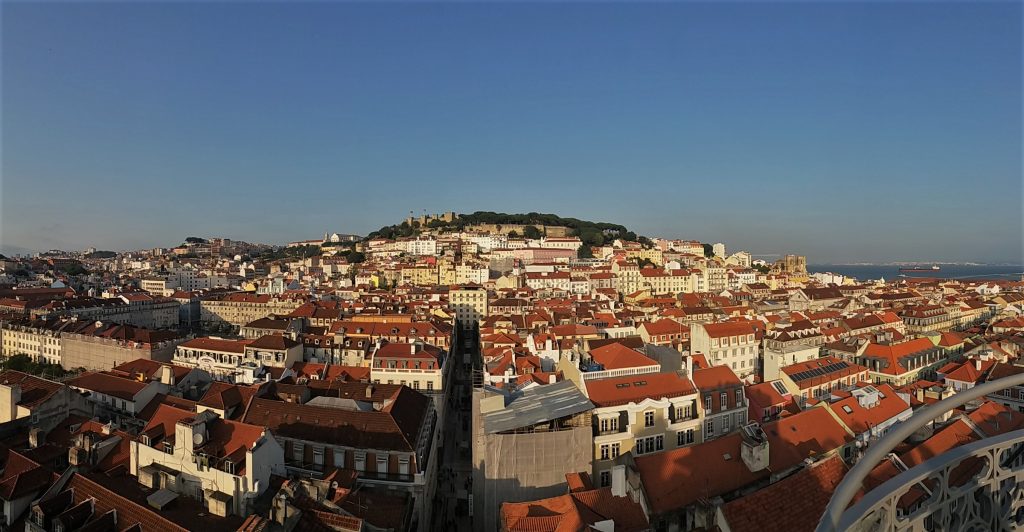 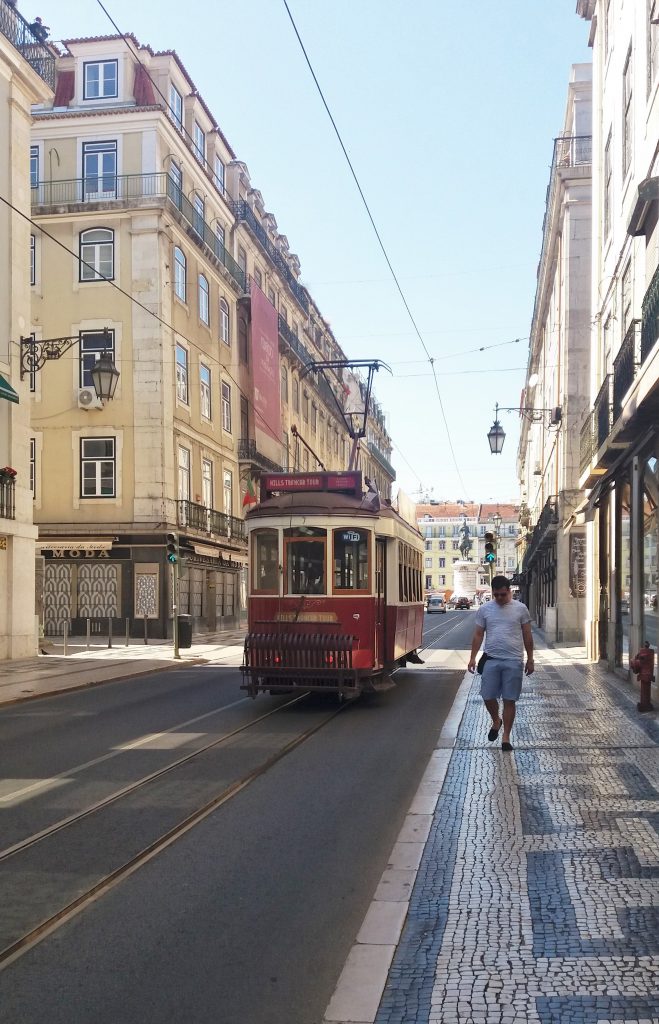 Built to celebrate the victory over the Spanish in 1385, it’s also known as Mosteiro de Santa Maria da Vitória.

After the surprising victory the Portuguese king proceeded to build the Dominican abbey which was completed by 1434. 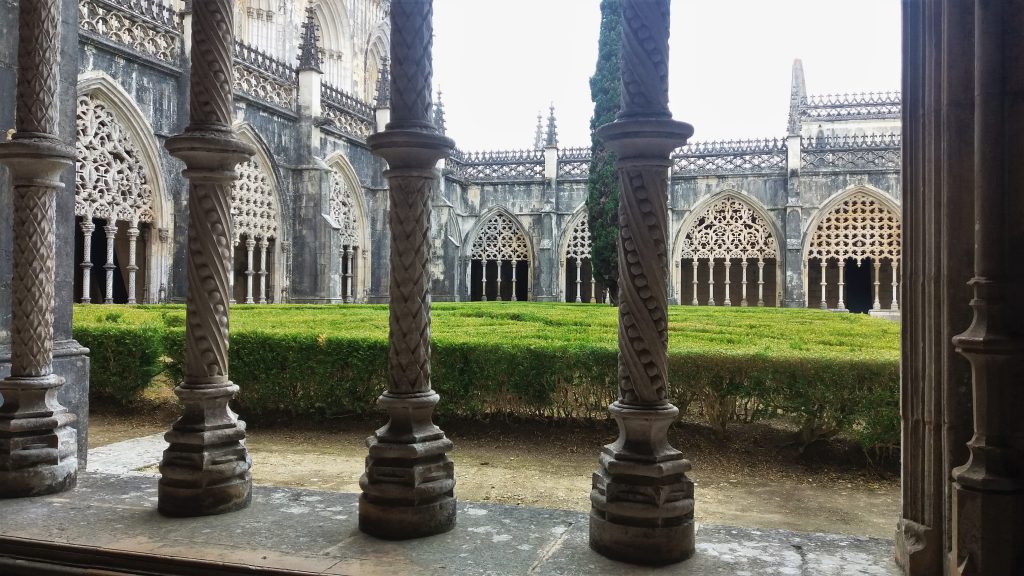 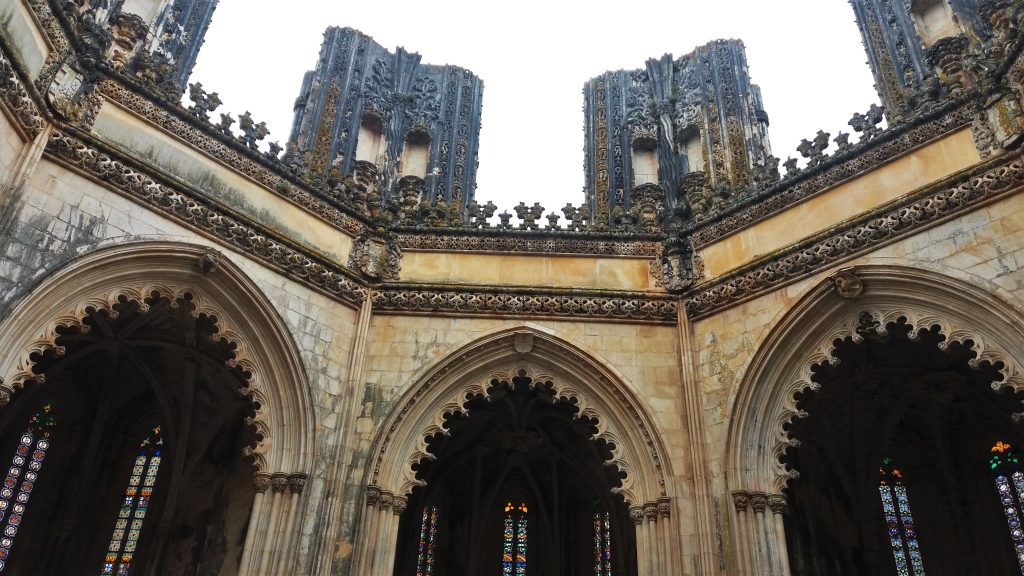 The imposing baroque facade hides one of the biggest monasteries in the Iberian peninsula.

Housing up to 1000 monks, the monastery was founded by Portugal’s first and most beloved king, Dom Alfonso Henriques, in 1153.

Wander the gigantic halls, the huge refectory, the kitchen. Here you’ll see a water channel built in the 18th century to divert wild fish right into the gluttonous hands of the monks. 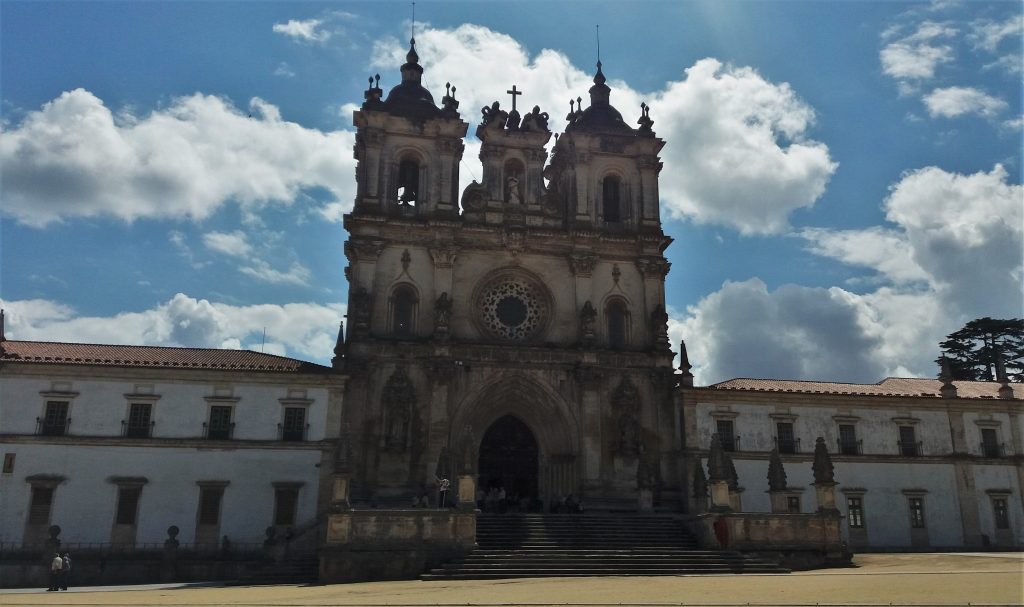 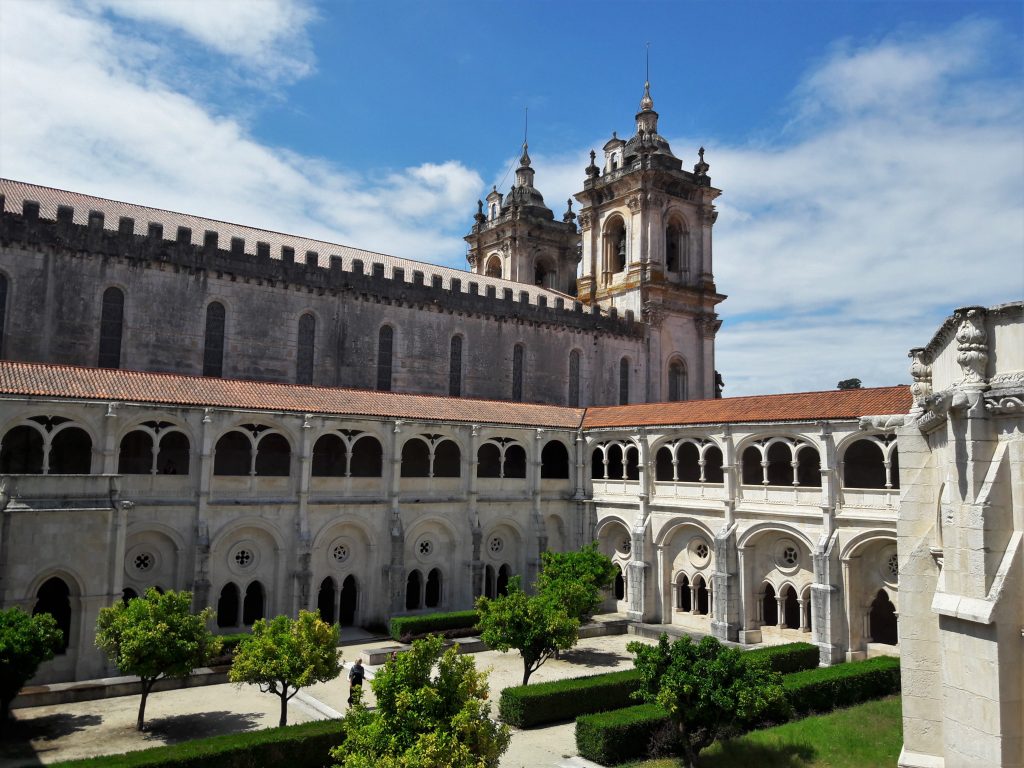 The Portuguese headquarters of the powerful Knights Templar.

In the construction of the Convento de Cristo the Templars celebrated the conquests with the extravagant and peculiarly Portuguese Manueline style.

A triumph of the maritime theme with seashells, intertwined ropes, anchors and more, the Manueline  or Portuguese Late Gothic  appeared in the 16th century. 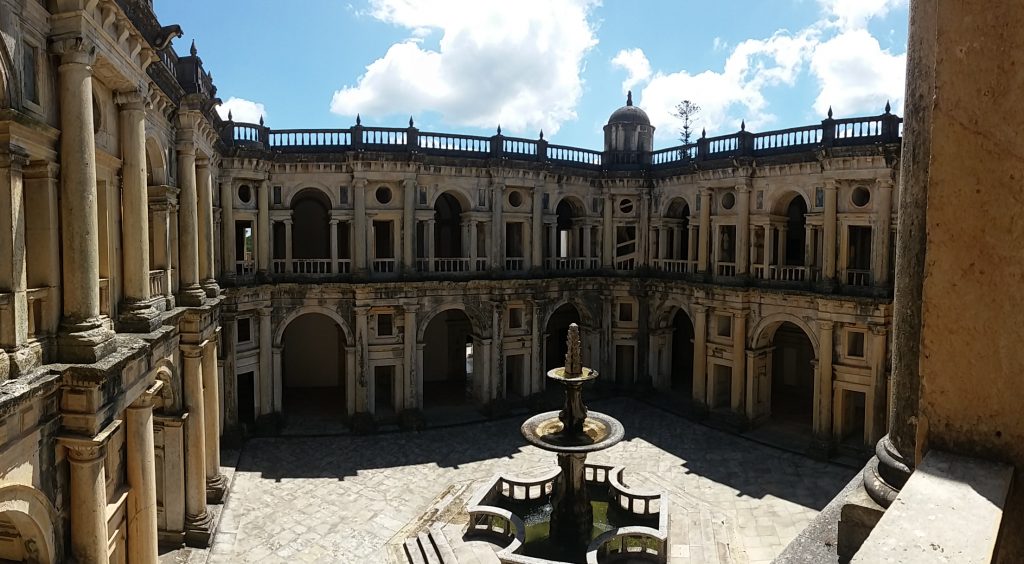 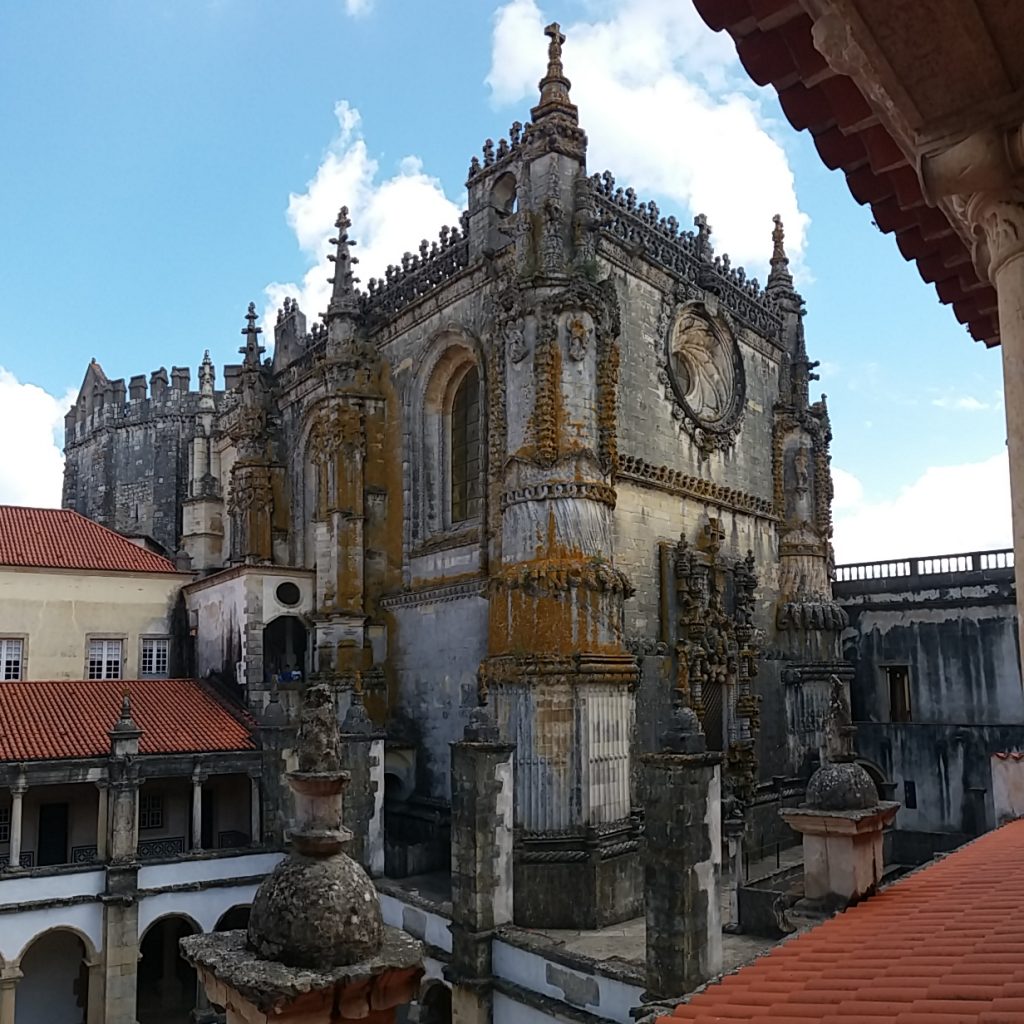 5. The university of Coimbra

One of Europe’s oldest universities is set in the lively city of Coimbra.

Established in 1290 in Lisbon, the university was relocated many times before finding its final home in Coimbra, in the 16th century.

A UNESCO’s World Heritage Site since 2013, the main buildings, including the stunning Biblioteca Joanina, face a wide, scenic courtyard that overlooks River Mondego. 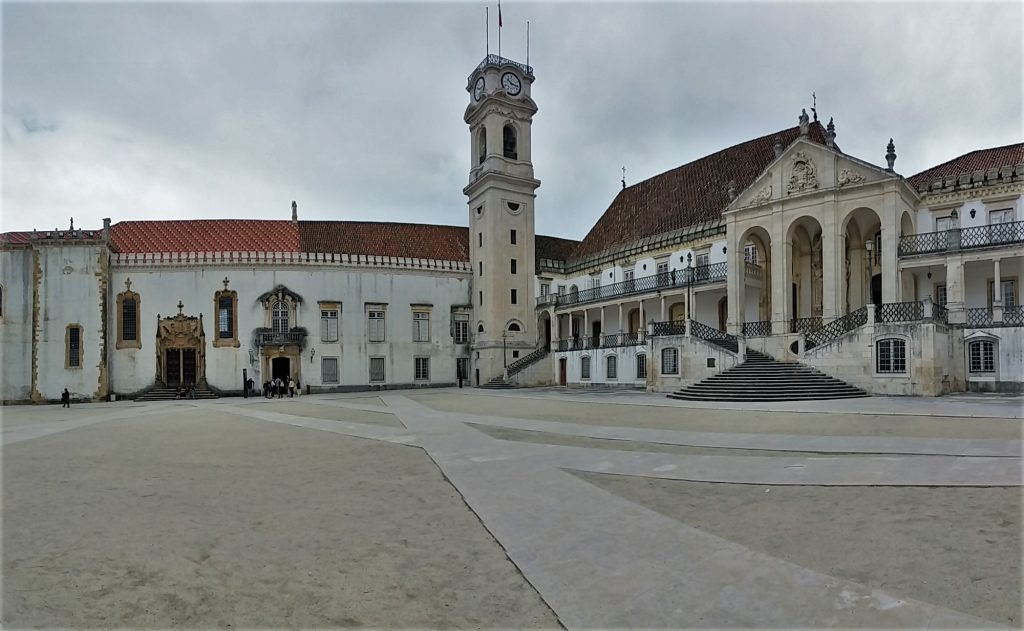 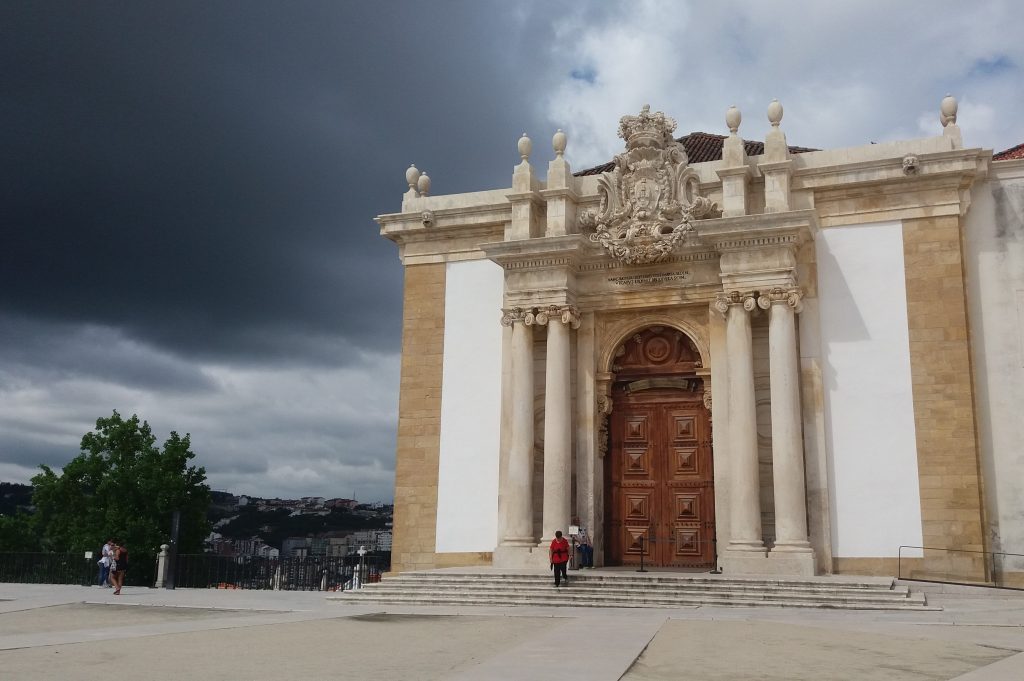 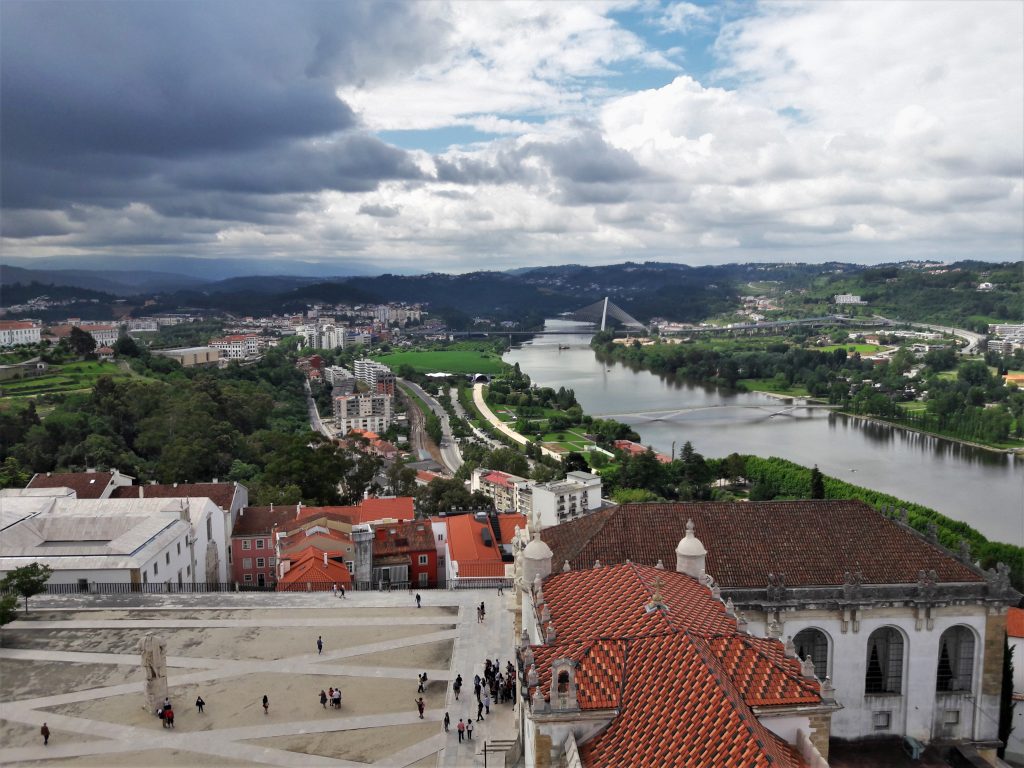 The Palacio is a Mouresque-Manueline confection commissioned by the soon-to-be king of Portugal, Ferdinand II, to Prussian architect Ludwig von Eschwege in 1840. It stands atop a hill in the Sintra Mountains.

Formerly a chapel dedicated to “Our Lady da Pena”, the castle was meant to serve as a summer residence for the royal family. 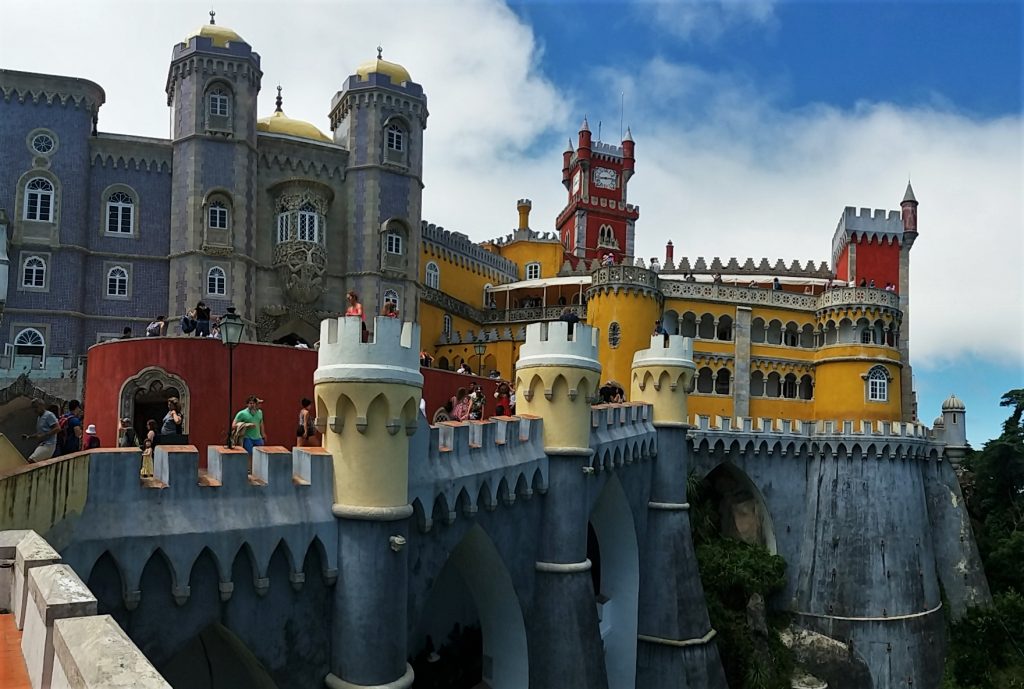 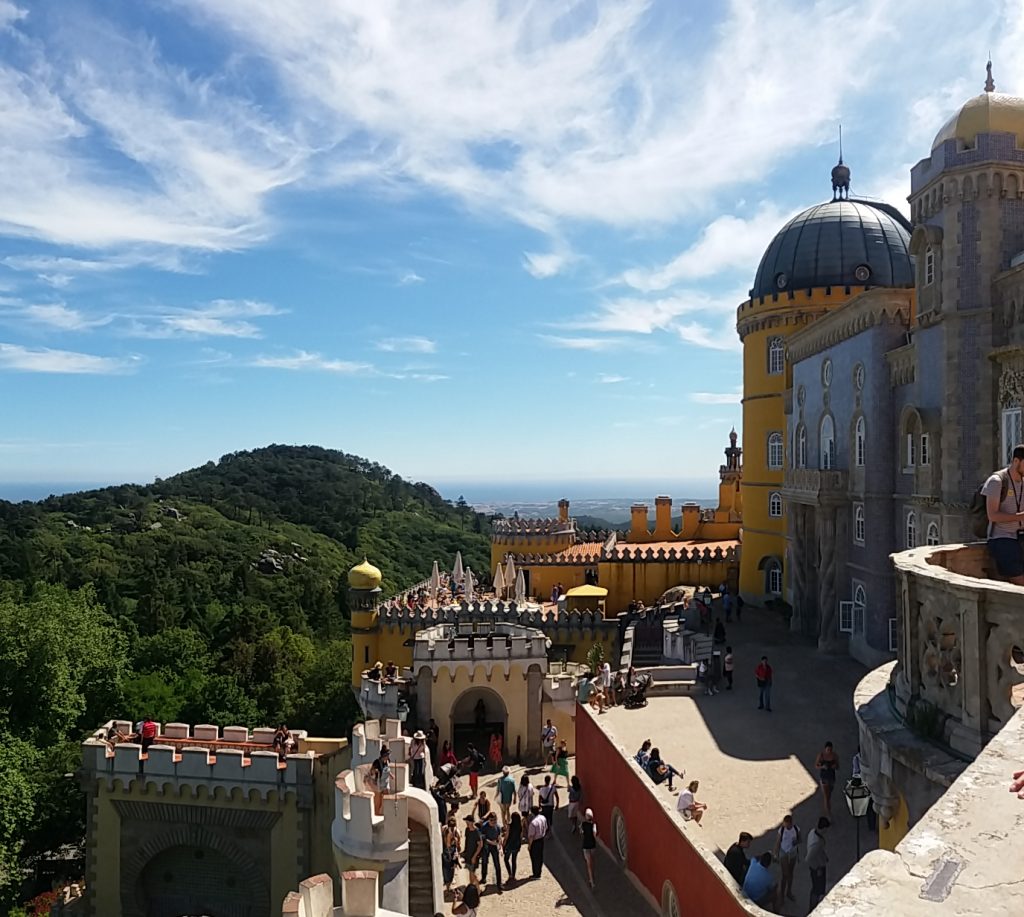 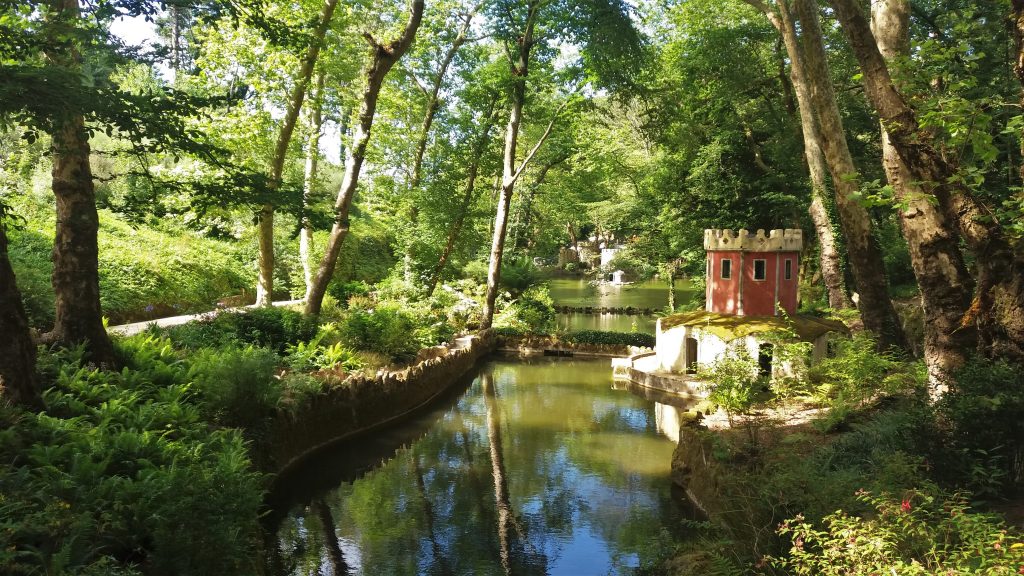 Surrounded by mistery, the quinta was owned by a millionaire entomologist, António Augusto Carvalho Monteiro.

Fond of symbolism he commissioned the construction of the palace to an Italian architect, Luigi Manini.

Similarly to Palacio da Pena, the Regaleira Palace is an example of Portuguese Romanticism with Gothic pinnacles and gargoyles and Manueline audacity.

Don’t miss the two Initiation Wells and the many interconnected tunnels dug under the palace.

All these elements contribute to give the place an aura of mysticism and open to many interpretations: from Tarot initiation rites, to the Knights Templar and the Freemasonry.

This is the only spooky picture we were able to take when we realised a palace was lurking behind a gate, in the dark, on the drive back from Sintra. 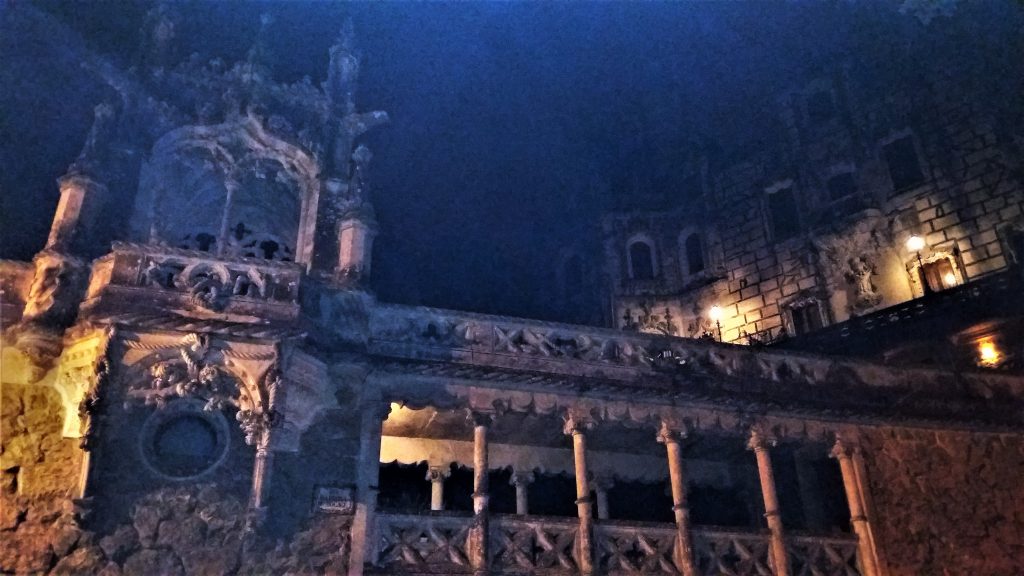 The white-walled quintas look down towards the River Douro from the hilly surroundings where terraced green vineyards abound.

It’s in this area that the world-renowned Port wine is produced. 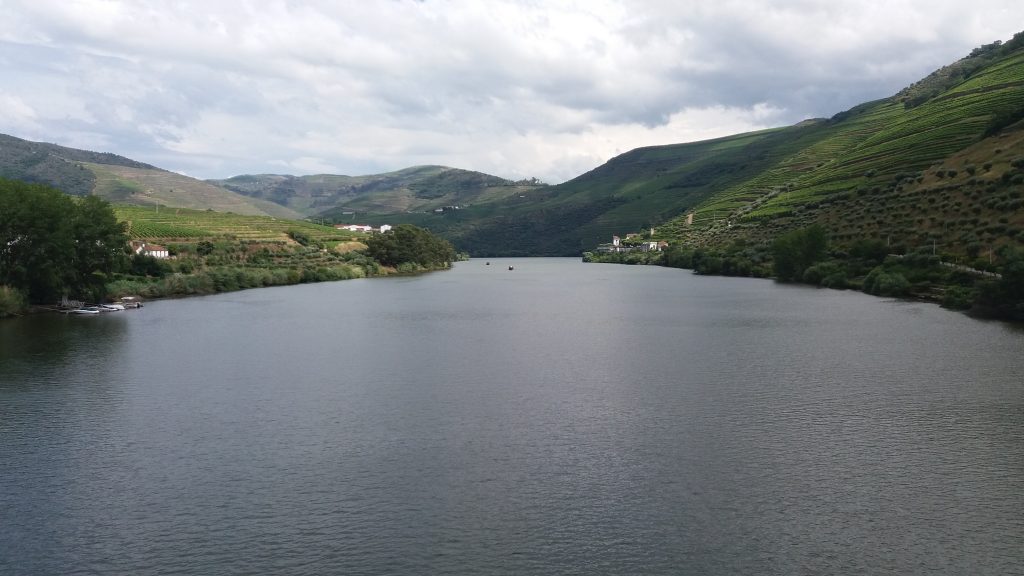 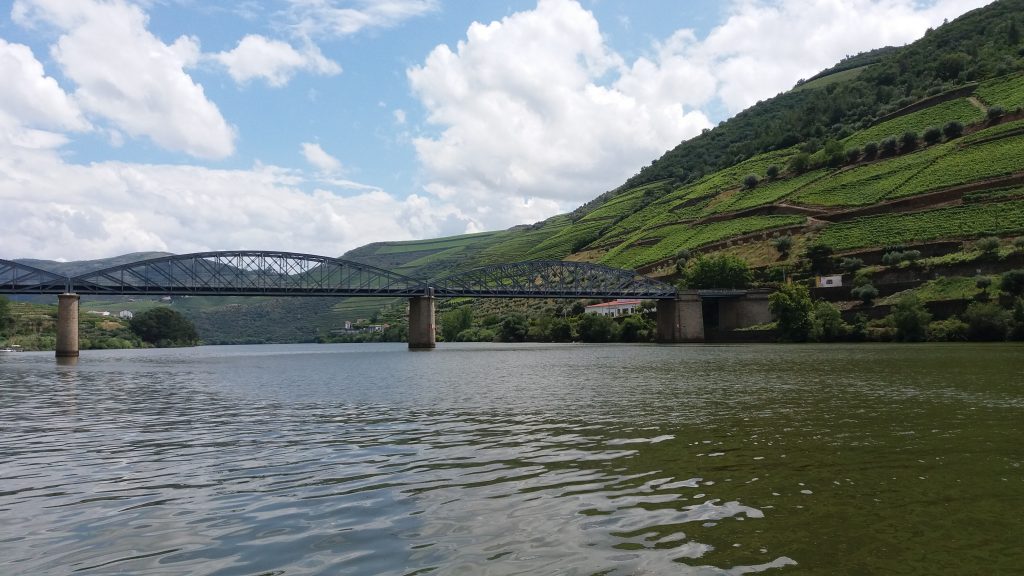 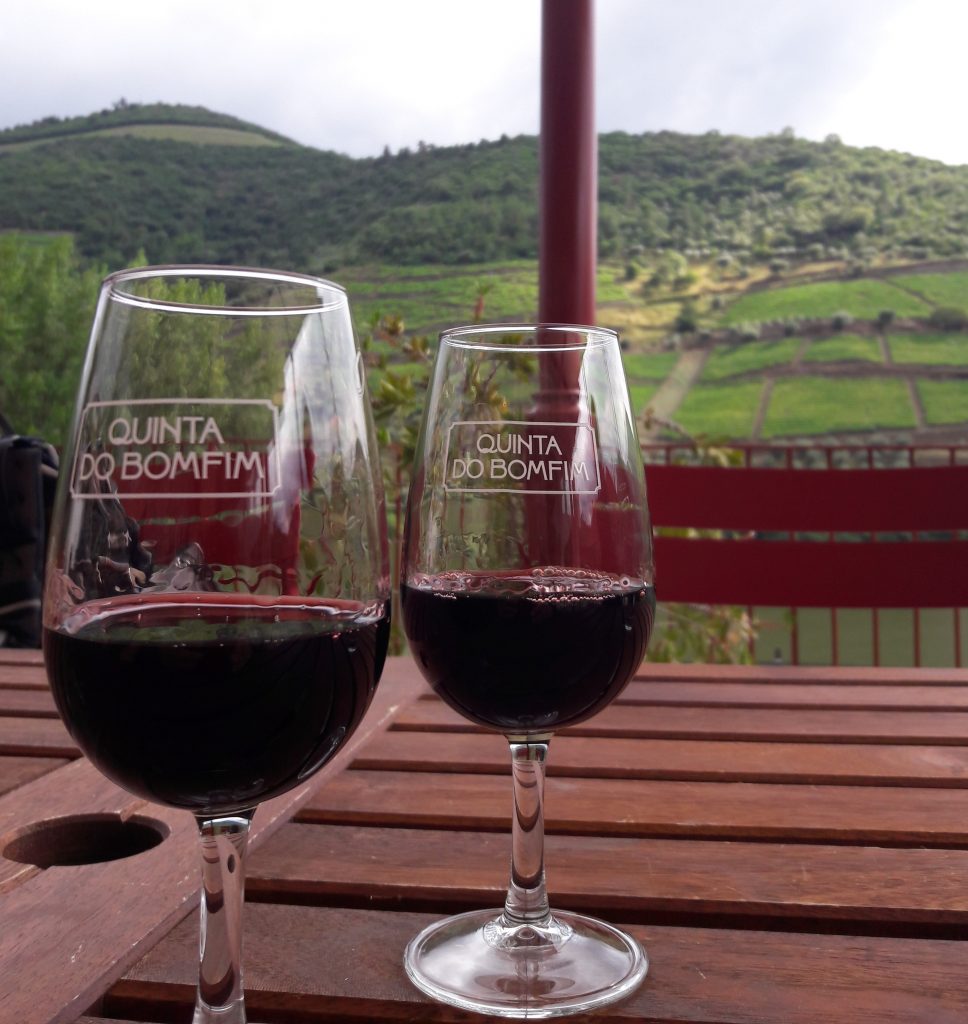 Learn more about the Douro Valley.

The southern region of Portugal is known for its golden cliffs and fine sand beaches.

A tourist hub since the 60s, the Algarve’s coast has been exploited with the construction of hotels and resorts.

From quaint Faro, the region’s capital, jump on a speedboat to Ilha Deserta (last picture) if you want to avoid big crowds.

Don’t miss the picturesque inland with castles and villages and the less exploited western coast. 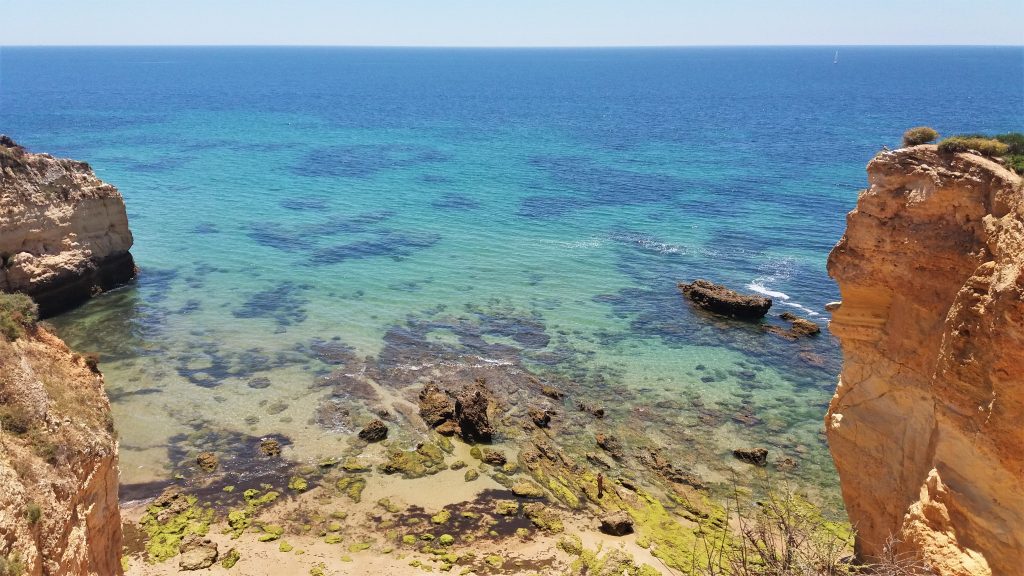 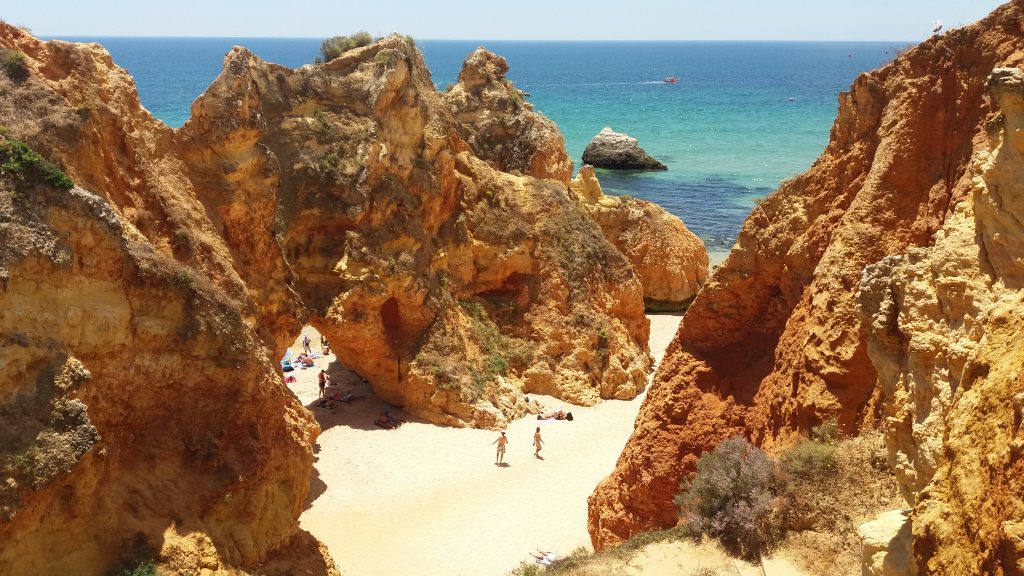 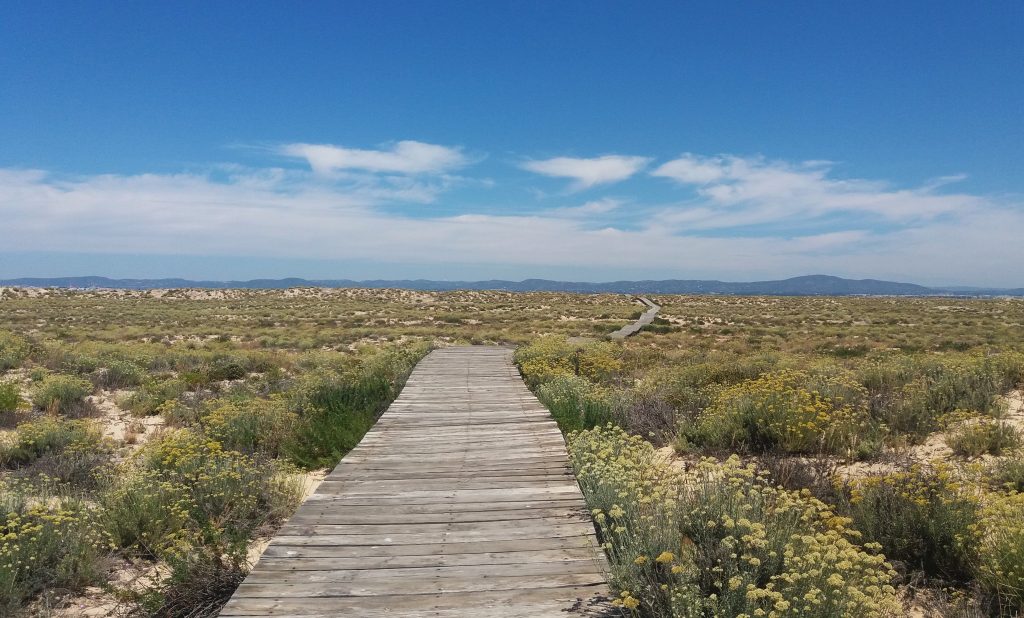 Check the Algarve’s Tourism Board for more info.

The southwesternmost point of Portugal and of mainland Europe.

Here is where Prince Henry the Navigator planned his voyages and set sail kicking off Portugal’s Golden Age of Discovery. 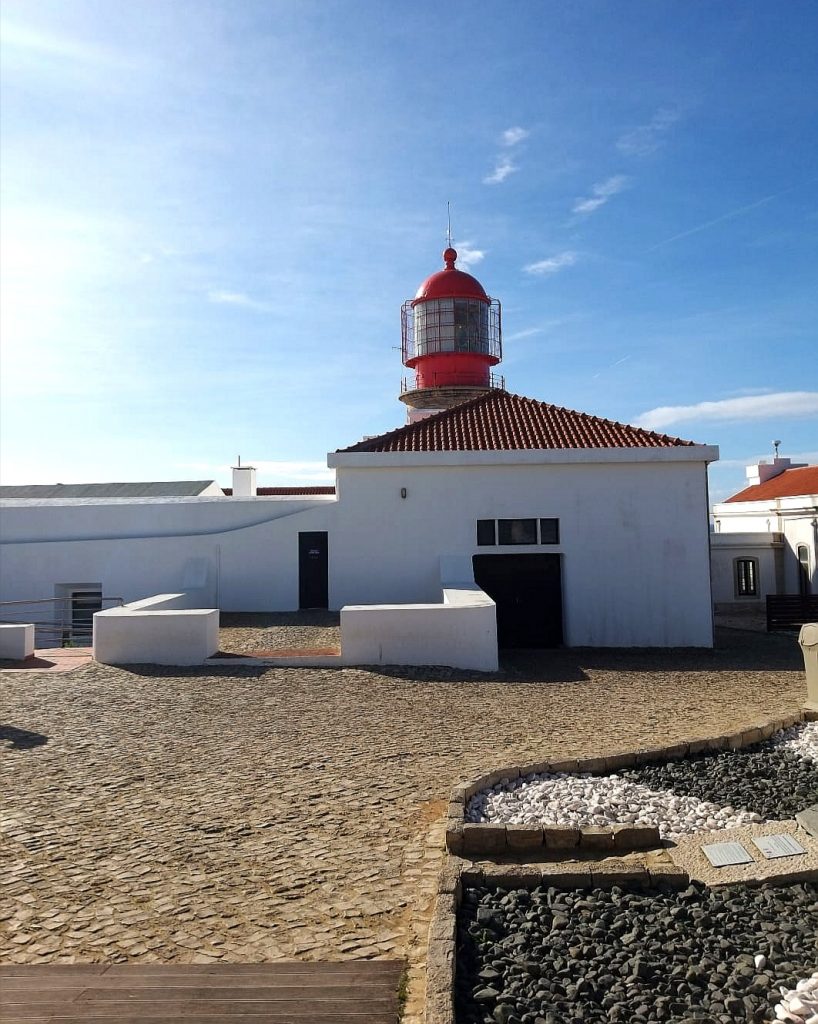 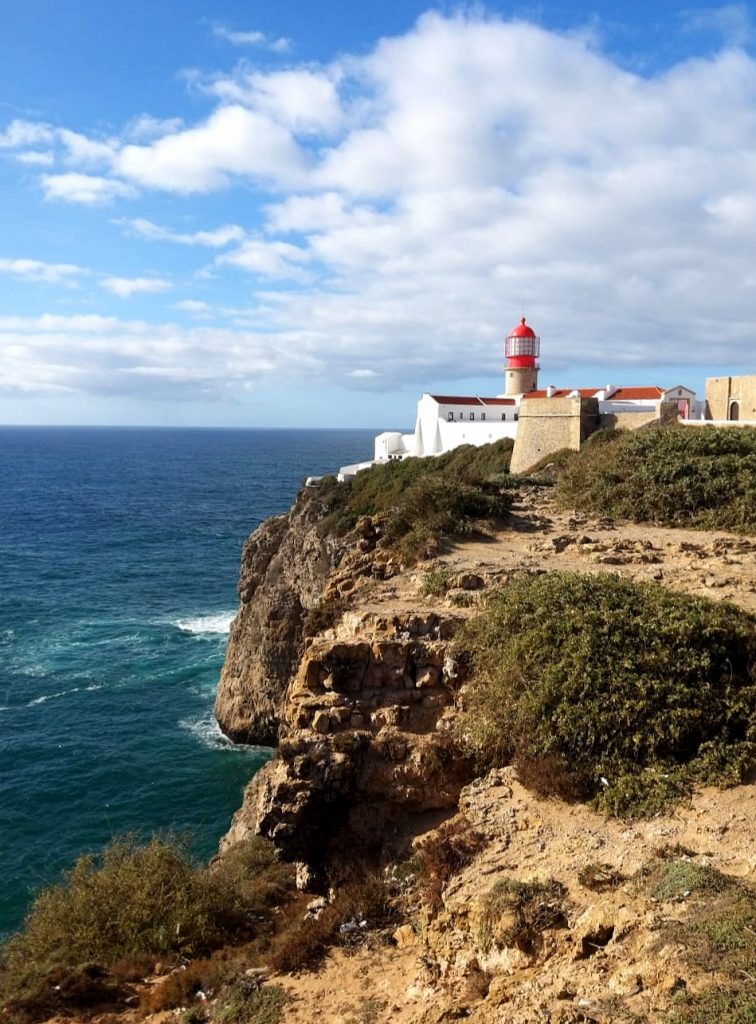 These were our top ten places in Portugal. We are aware of other places such as Évora, Óbidos, Guimaraes, Braga and many more that deserve a visit.

If you have other suggestions or if you want to share your “top ten places in Portugal”, please do so in the comment box below.