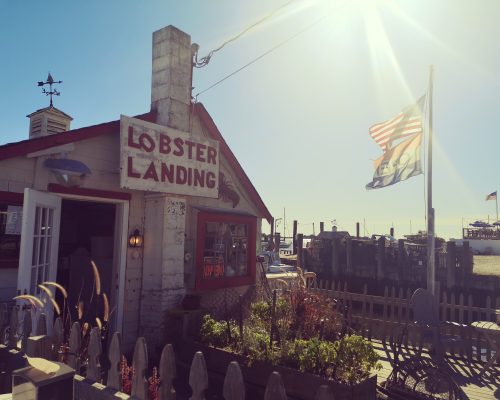 As part of a round trip to the East Coast of the United States, our first stop was  Connecticut. We were on a mission to find the best lobster roll here.

The “Nutmeg State”, as it is affectionately known, Connecticut may not be as exciting as some of its another more famous neighbours.

Yet, its serene scenery of oak  and red maple tree  forests, interspersed with small villages of fishermen’s one-story wooden cottages are picturesque and inspiring. The landscape is not dissimilar, at times, to that found in bordering Massachusetts.

The most important attractions in Connecticut, without taking into account the idyllic scenery that has inspired many an artist, surely are:

Another good reason for setting anchor in Connecticut is the food, mainly seafood and pizza. 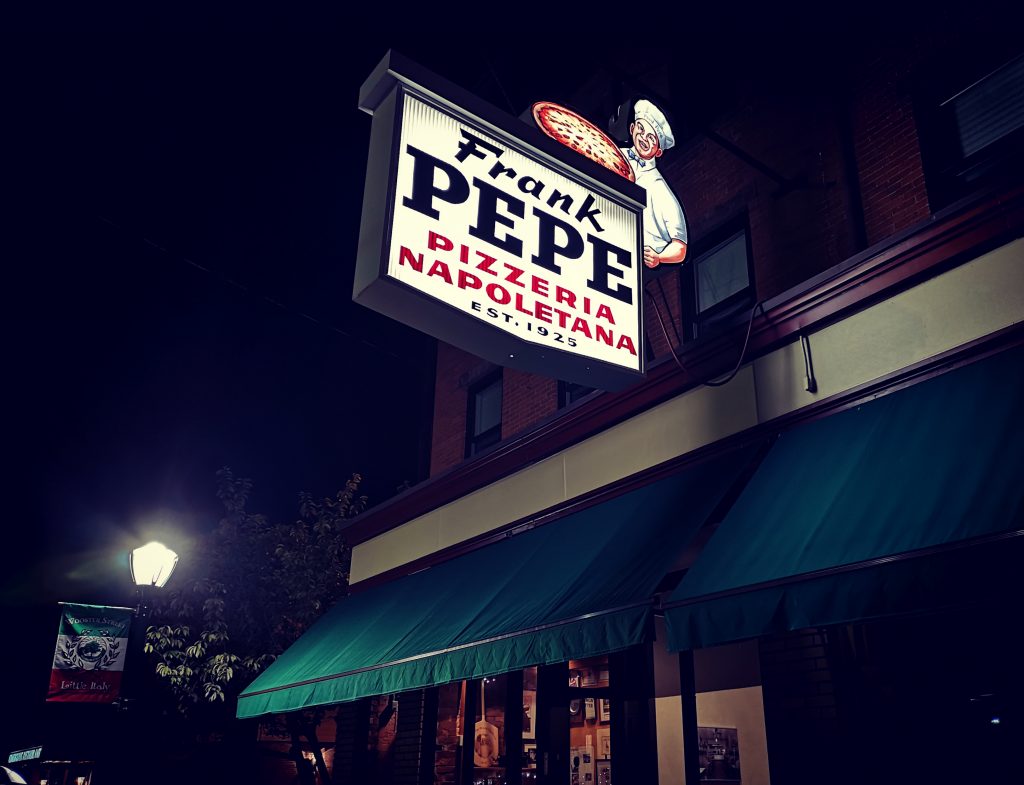 In West Haven’s Little Italy you will find the best State’s “apizza”, standing tall against the giant New York City’s pizza haven. For a generous and tasty bite, head over to Wooster st.

Here’s Frank Pepe’s pizzerias (they own two adjacent buildings). We could not help but notice that there were a few things done differently than what we’re accustomed to when it comes to pizza.

1) The flaming-red, verging on the sweet, tomato sauce (with cloves of garlic floating about) – that you would normally use to dress a plate of al dente pasta – is richly spread on top of a crunchy, thin pizza.

2) The mozzarella accompanies or is altogether replaced by grated pecorino cheese. On the table,  next to the usual condiments, there is a shaker containing  some extra grated pecorino, should you wish to add some more.

3) Their signature pie (another name for pizza) is made with fresh clams but no tomato sauce. We had never tried – or even heard of –  such a pizza before. 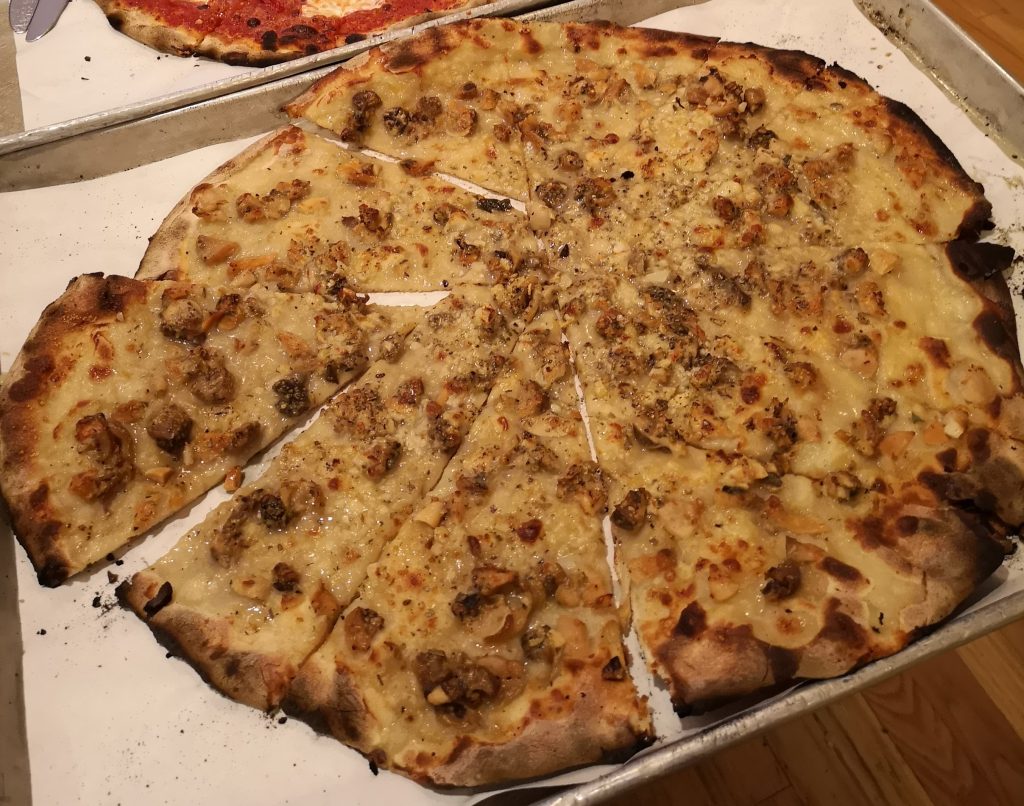 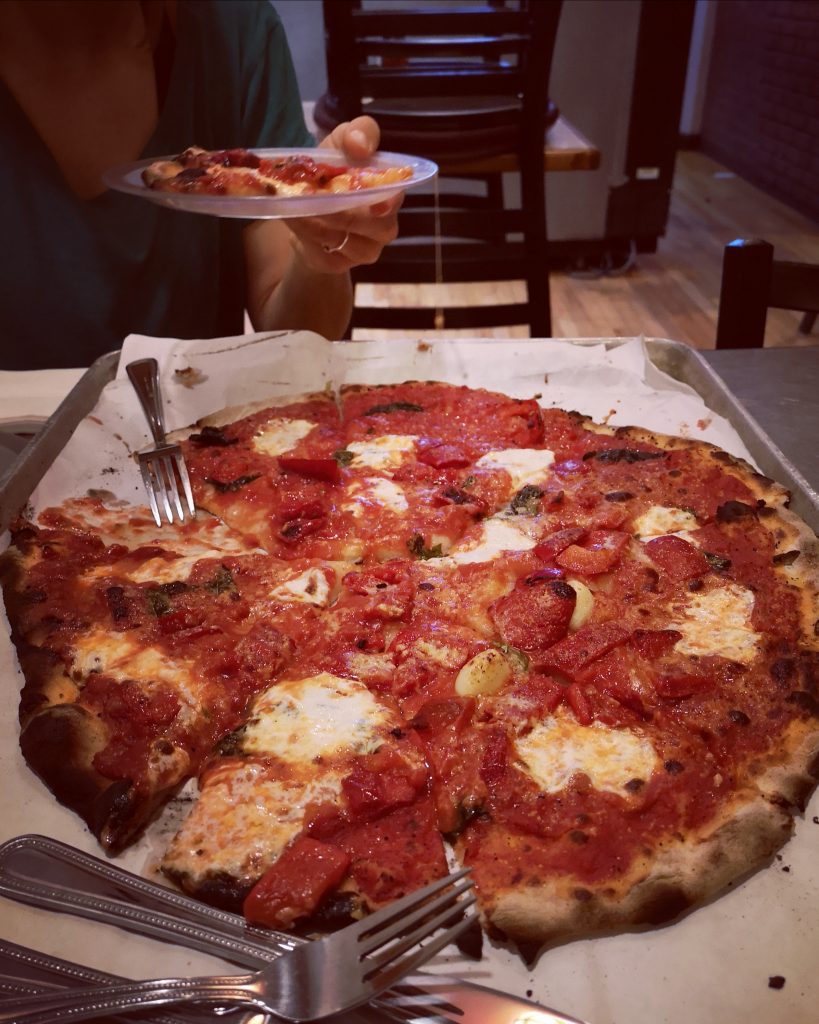 We tried their classic White Clam pizza and a plain Margherita topped with juicy red peppers. If you can – keep in mind that the pies are ginormous  and most customers were asking for take-away bags – also try their simple Original Tomato pie.

Another staple in Connecticut’s culinary offer is undoubtedly seafood. With a coastline of over 300 miles, the nutmeg state has a vast array of fish, and shellfish in particular, to choose from.

Crabs, mussels, clams, oysters are on almost every menu, together with what we really came here to try: lobster.

You can find it served on a baguette usually opened lengthwise (and seldom also cut in half) so as to reveal an overflowing filling of soft lobster meat resting on a creamy bed of butter. This simple but tasty and delicate creation is known state-wide as lobster roll.

On our pilgrimage, we’ve decided to rate the best lobster roll we could find in Connecticut. To do so we’ve picked three different spots suggested by locals. 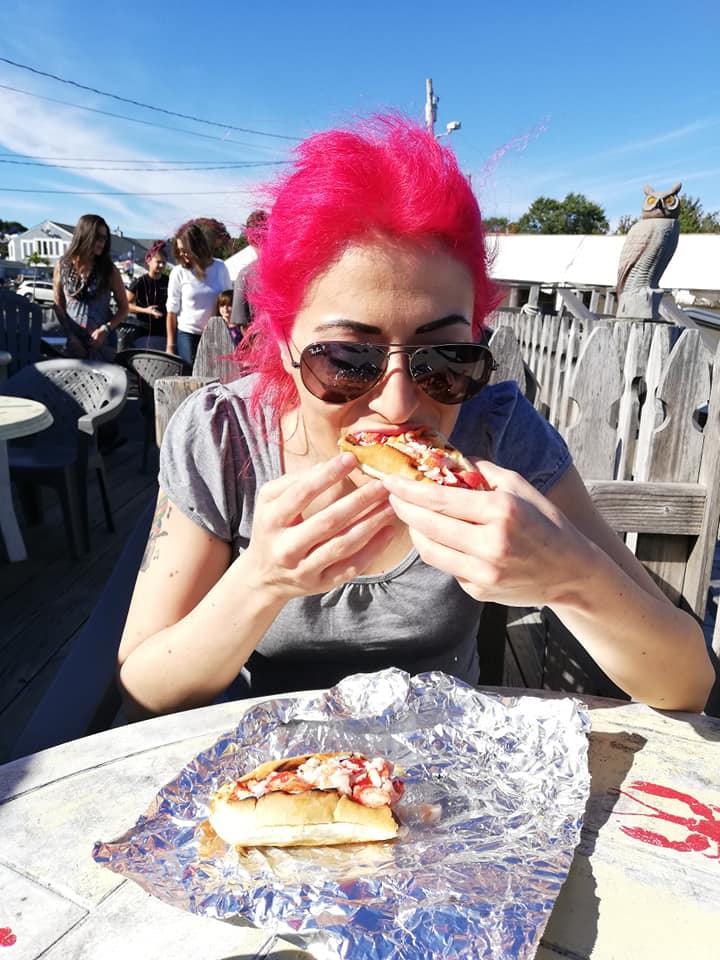 Let’s cut to the chase: in our opinion, the best lobster roll was served at Lobster Landing, in Clinton. Ta daa! (You can only find these guys on Facebook at LobsterLandingLLC).

This sandwich rightfully claimed the crown as it had the juiciest and most tender meat. The heat coming from the steamed lobster melts the butter which, in turn, starts enveloping the lobster and perfectly pairs with it in a tasty, warm embrace. The bread itself is of a soft consistency but has an almost imperceptible crunch to it due to a quick contact with the grill just before serving. It was the simplest yet the most perfect lobster roll we’ve tried and it deserved to win.

Lobster Landing is basically two shacks: one selling fresh fish, the other serving hungry customers who can sit on plastic chairs around wooden tables looking out onto the tiny harbour, enjoying the smell of freshly-cooked food. The counter and waiter service is unpretentious, relaxed and friendly. 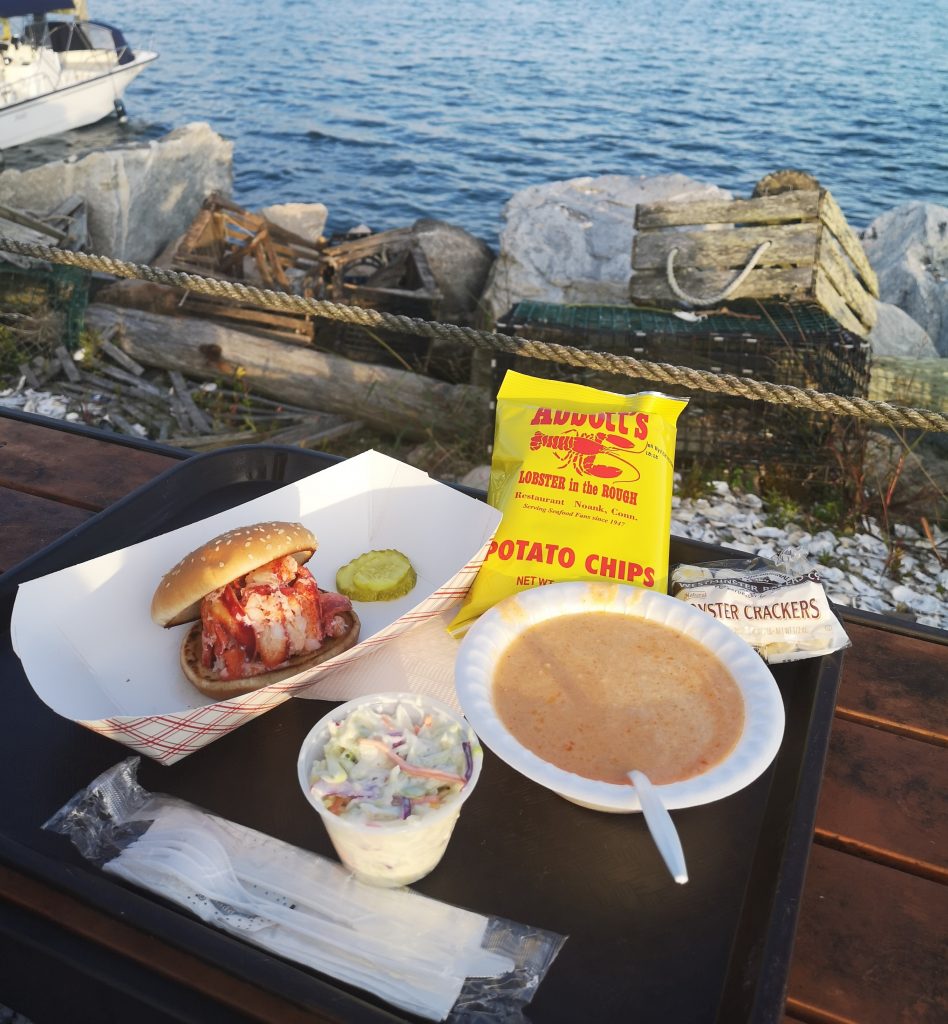 Second on our chart has to be Abbott’s Lobster in the Rough, in Noank. It certainly wins when it comes to the location. A large cabin hut with an indoor seating area, as well as an outdoor space with water views, Abbott’s serves a great lobster roll and a mean lobster soup. The locals were feasting on giant plates of steamed, grilled or fried seafood, not necessarily lobster rolls. 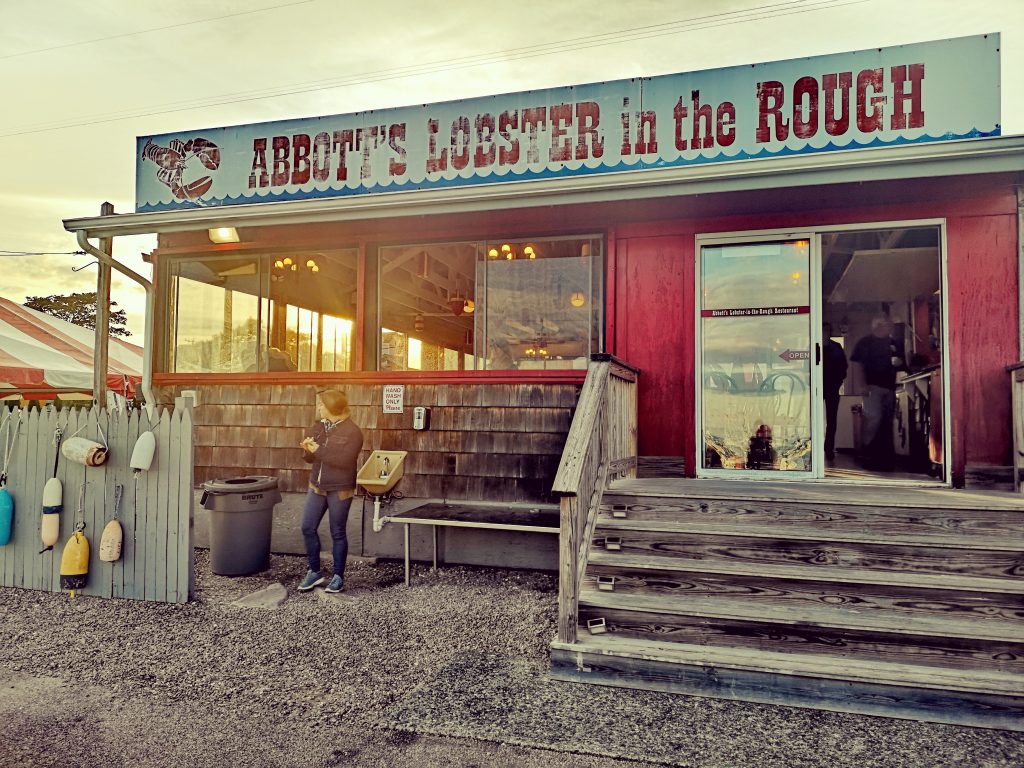 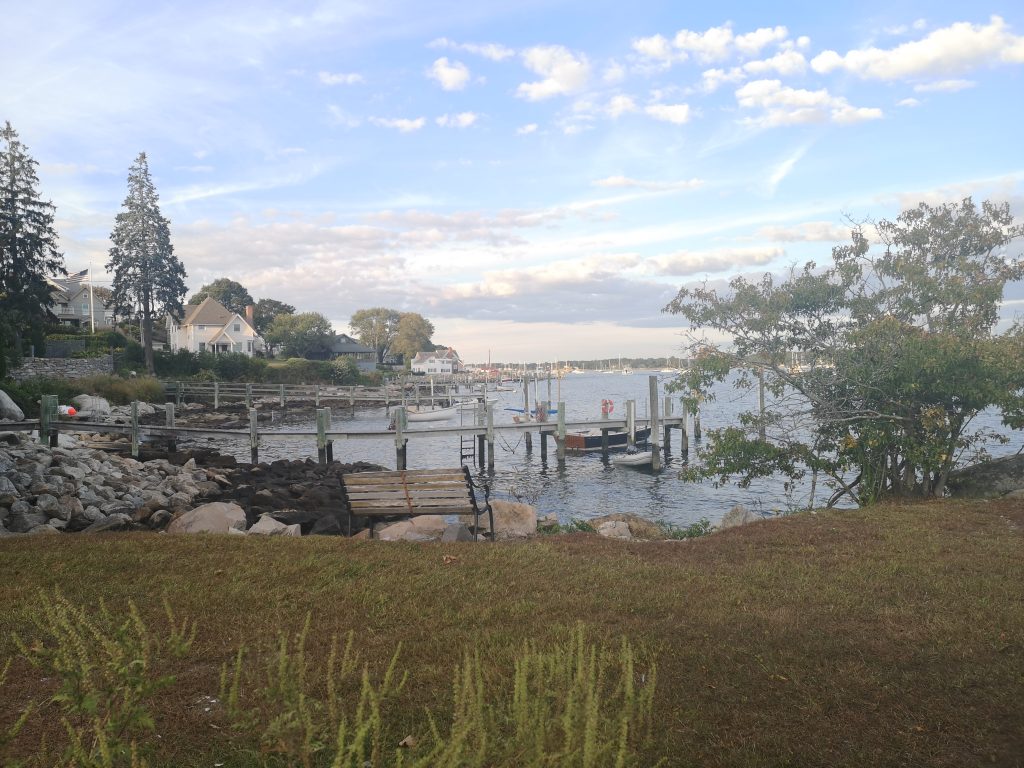 If you liked the food, you can ring a bell located on the front patio next to the counter to let them know they’ve done it again! 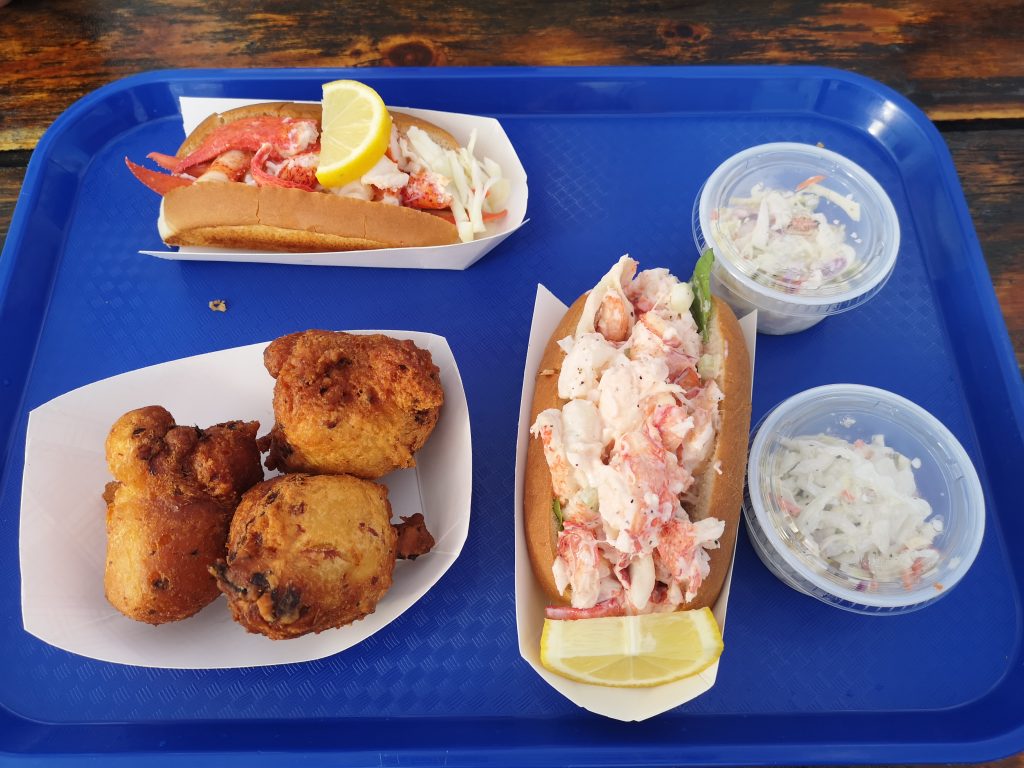 Coming last is Captain’s Scott Lobster Dock. Despite another pleasant water-front location and possibly offering the best Sunday atmosphere, as it was packed-full with locals loudly chatting and singing along the tunes provided by a live band, the lobster roll and clam fritters that we tried did not wow us. 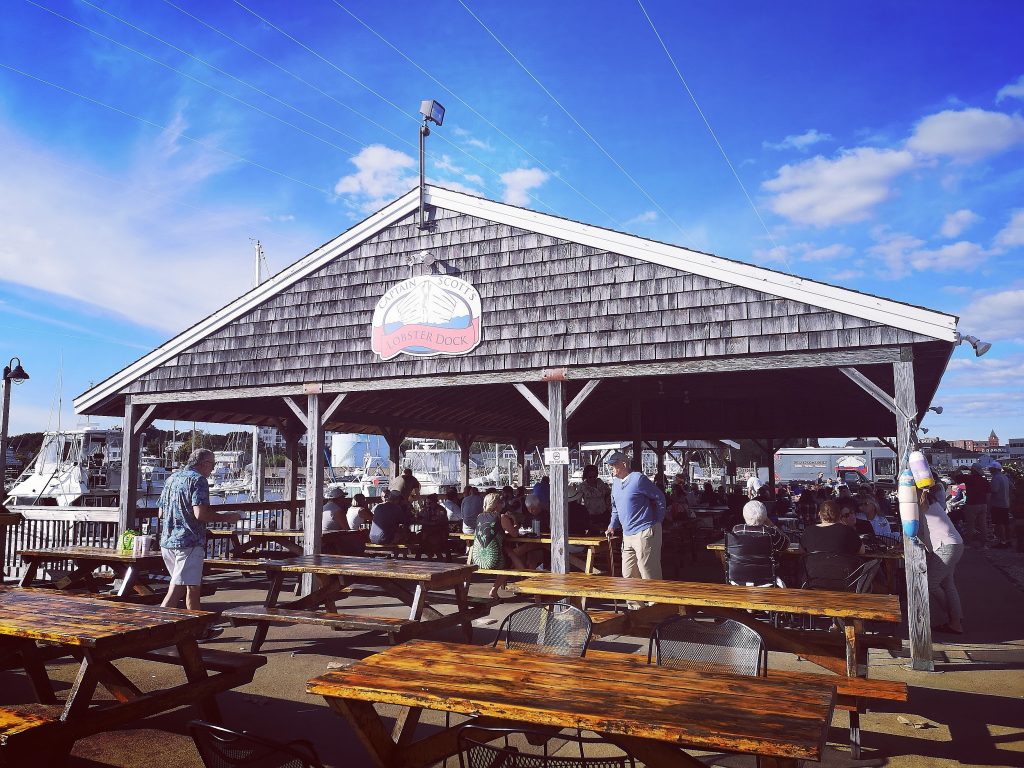 The lobster was a bit chewy rather than soft and meaty and the fried clams, despite being fried very well, had their flavour ultimately annulled by a little too much dough wrapped around them. When tried individually, with less dough in the way, the clams are in fact really flavourful.

We tried two versions of the lobster roll, one hot and one cold; the latter one being made with cold lobster salad, where steamed lobster meat is mixed with mayonnaise, lemon juice, lettuce and herbs.

If your opinions diverge or simply have other places to suggest that serve the best lobster roll in Connecticut, please let us know and share your knowledge .