Providence in three hours – the itinerary

What to do in Providence if you only have two or three hours to spare?

We’ve created a simple itinerary, a Providence-in-a-nutshell exploratory tour that will help you put Rhode Island’s capital on your traveller’s map.

If you travel by train – from the airport or from a nearby city – you will arrive at Providence station by AMTRAK. From the station you can use the subway or the bus to get around. However we’ve suggested a walking itinerary since you’re going to focus on the major attractions that are all found in the city centre.

Start from the Rhode Island State House which is accessible on free, guided tours from Monday to Friday. Designed in 1904 by three architects, the building has the world’s fourth-largest self-supporting marble dome. Lit at night, it gives the city’s skyline an artistic flair. 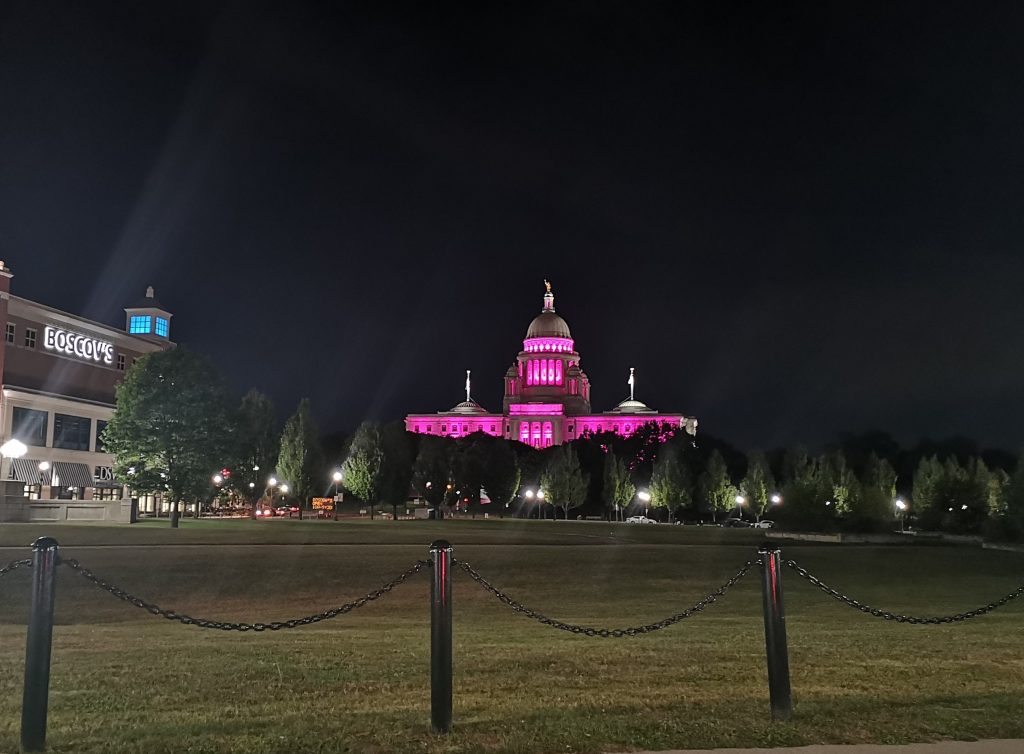 Walk down towards Waterplace Park, a cobblestone quay that runs along the Woonasquatucket river. In the heart of Providence the river meets with the Moshassuck, that flows from the north, forming the larger Providence river. If you visit in summer, don’t miss the WaterFire, an art installation held on alternating Saturdays from June through October that creates the illusion of numerous fires emerging from the water. 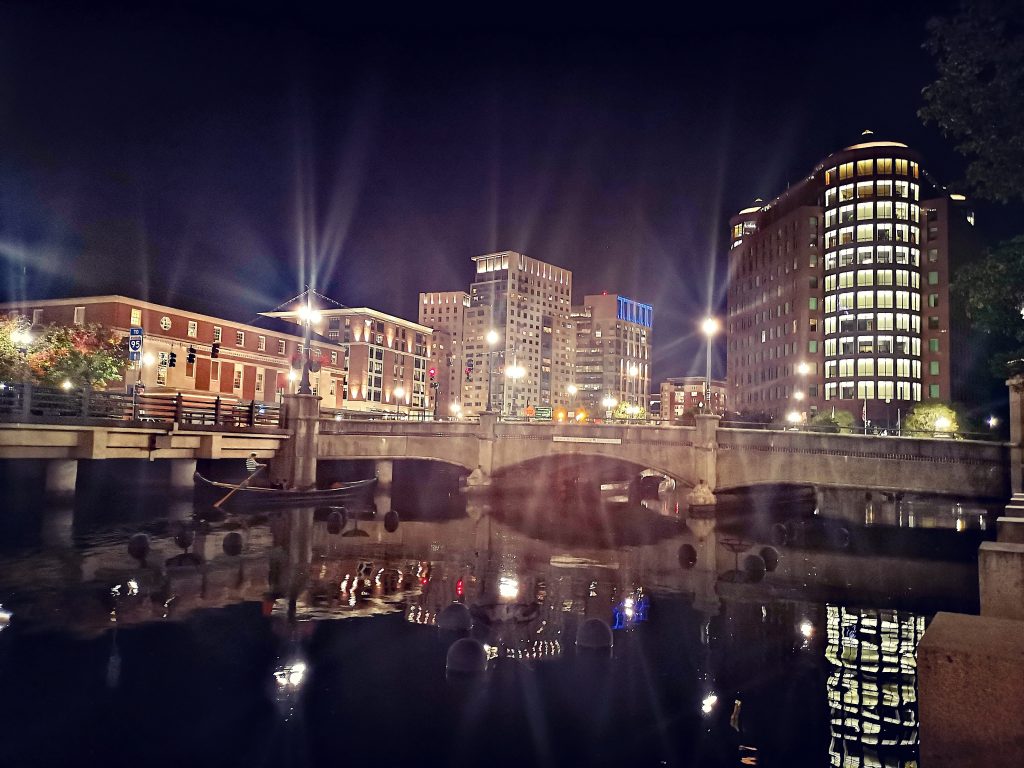 It’s time to stop for an unapologetically-unhealthy American snack: a portion of fries from Friskie Fries. You can have a “naked” bucket of fries and choose a sip to go with them, or you can have them “dressed” with all sorts of possible combinations, both savoury and sweet. 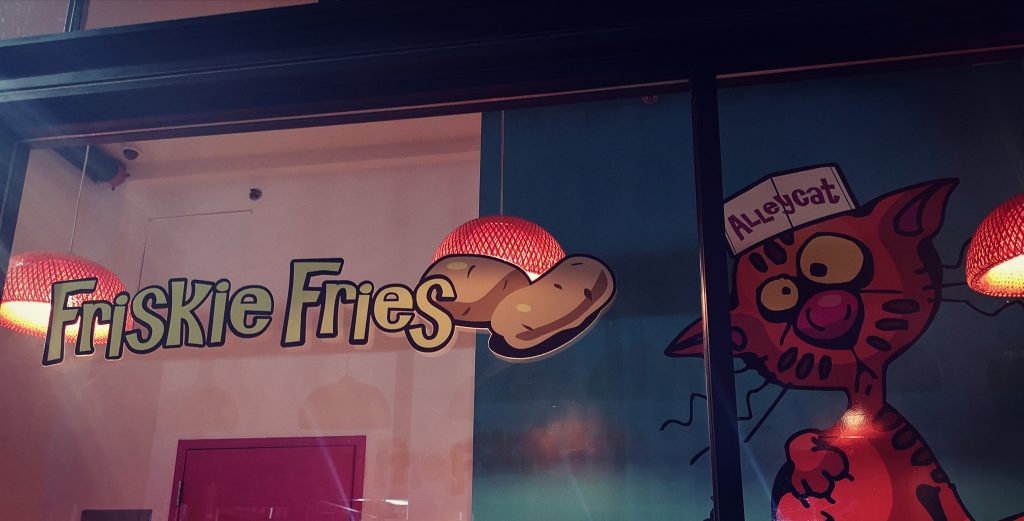 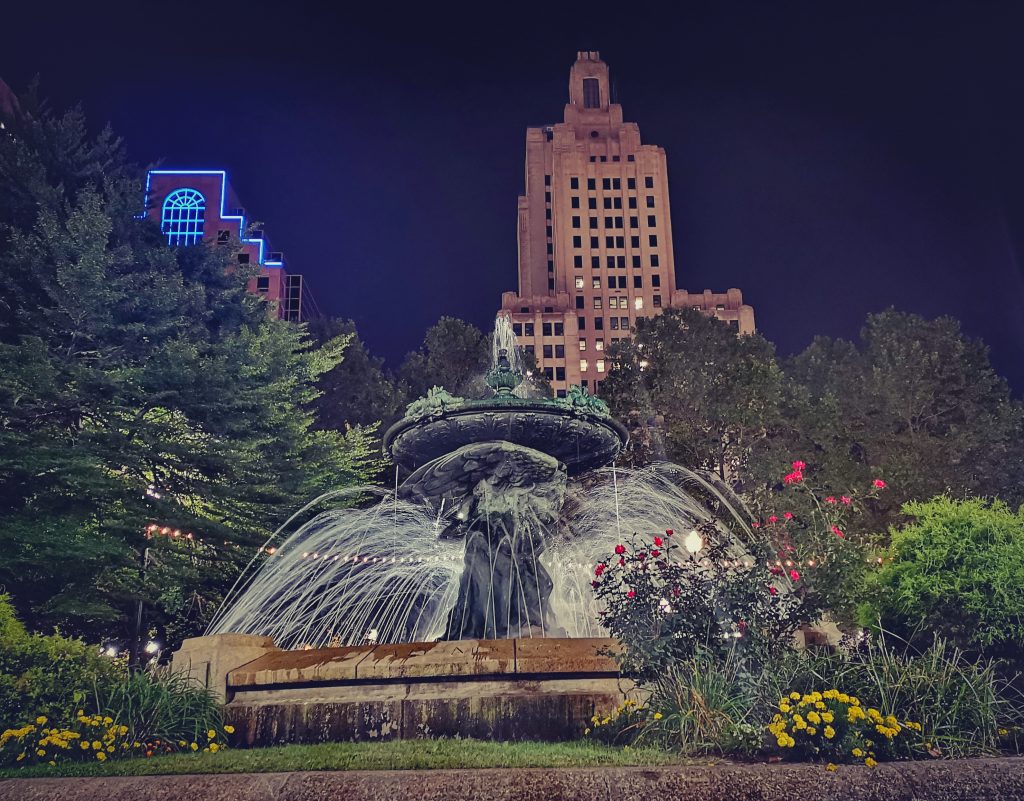 Burn some calories by climbing up to Prospect Terrace Park, up on College Hill, from which you can enjoy some great views of Providence skyline.

Not far is Ivy League’s Brown University. Walk the green grass of the campus and take a picture of red-bricked University Hall, a 1770 edifice used as a barracks during the Revolutionary War.

Head west to Benefit Street where you can admire a long streak of 18th-century colonial houses overlooking Providence river. As you walk down Benefit Street, you will encounter the Greek Revival style of the Providence Athenaeum, an 1838 library.

Conclude your tour at Fox Point, the waterfront neighbourhood with a striking majority of Portuguese population. If you feel hungry, keep in mind that you have many an option along Wickenden street, or just stop for a freshly-ground coffee at Coffee Exchange. Just of Wickenden st., on Brook st., is the Friends Market, an old-style grocery store.

If you haven’t found what you were looking for in Fox Point, head over to Downtown Providence, tucked between Empire st. and Dorrance st. Once again you will find many reasonably-priced eateries, like the four-wheeled Haven Brothers Diner, as well as more expensive ventures such as birch created by Noma-trained chef Benjamin Sukle and his wife, Heidi.