Aarhus is located on the eastern coast of the Jutland peninsula. The second-largest city in the country after Copenhagen, Aarhus surprised us as it wasn’t as dull and boring as we had initially envisioned it to be.

We had rented a car online with Europcar and picked it up directly at Aarhus airport. It is a very small airport therefore it won’t take much time before you’ll be hitting the road.

The city centre is some 40 minutes away.  Parking is rarely free in Denmark and can be expensive. Just to give you an idea we spent nearly £10 for five hours.

Once in Aarhus make sure to pay a visit to the ARoS (this is how the city was called in Viking times) Museum.

Monday to Sunday: 10am to 5pm/Wednesdays to 10pm

Dante’s Divine Comedy inspired its layout. The entrance is on the 4th floor; from there you can move down to Hell or up to Heaven. The upper level is an art installation in its own right by Icelandic-Danish artist Olafur Eliasson: it’s called “Your Rainbow Panorama” and it’s a circular rooftop walkway that offers a 360-degree rainbow-filtered views of the city and its port.

At the lower floors there were themed exhibitions meant to question our ways and habits and curious art installations such as the most famous Ron Mueck’s “Boy”. 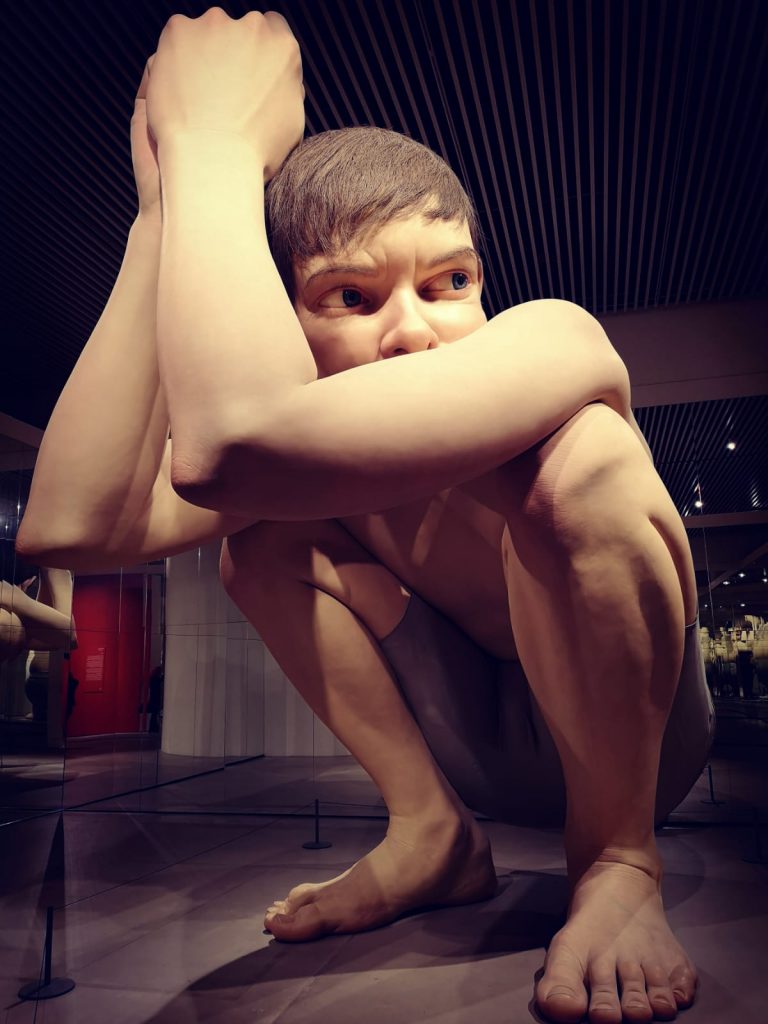 In the northern part of the city is Den Gamle By.

Practical info for Den Gamle By

* Longer opening hours on selected days during the Christmas season.

It is an open-air museum that showcases Danes’ passion for their history and offers a time-machine experience as you freely (after opening hours) wander through reconstructed half-timbered houses dated 16th century and brought here from all over the country. The exhibition now includes buildings from the 1930s and 1970s as well. 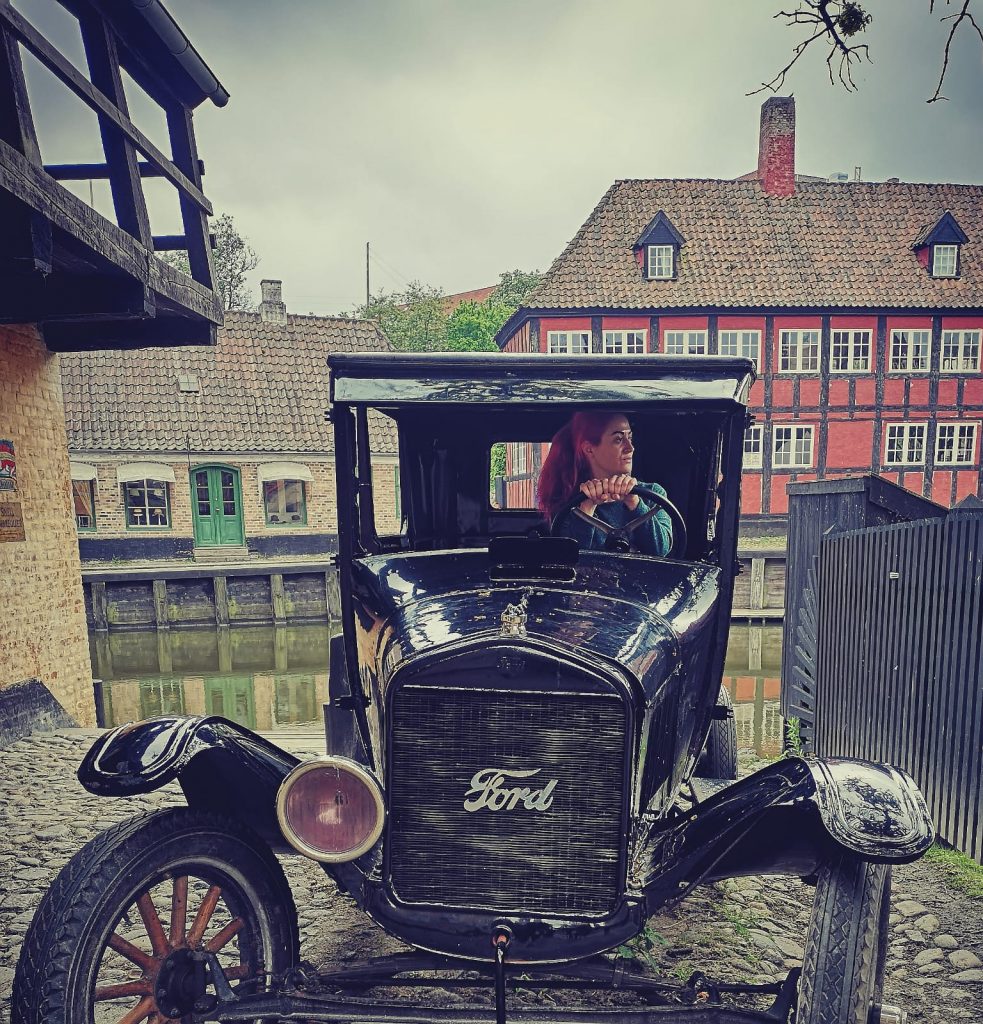 In hindsight we wished we had visited during opening hours as it looked it could have been entertaining and fun. If you have kids, it may be a good idea to spend a whole afternoon there.

Aarhus is small city and can be easily visited on foot.

We walked through the centre with its Gothic churches, busy food halls (Aarhus Street Food – recommended! – and Aarhus Central Food Market – rather expensive!) and elegant cobblestoned pedestrian areas which led us to the jetty: here’s where the famous Danish design comes forth in all its ingenuity, starting with the impressive library (the biggest in Scandinavia) overlooking the sea, Dokk1, and ending with regenerated waterfront areas such as aptly-named Isberget (Iceberg). 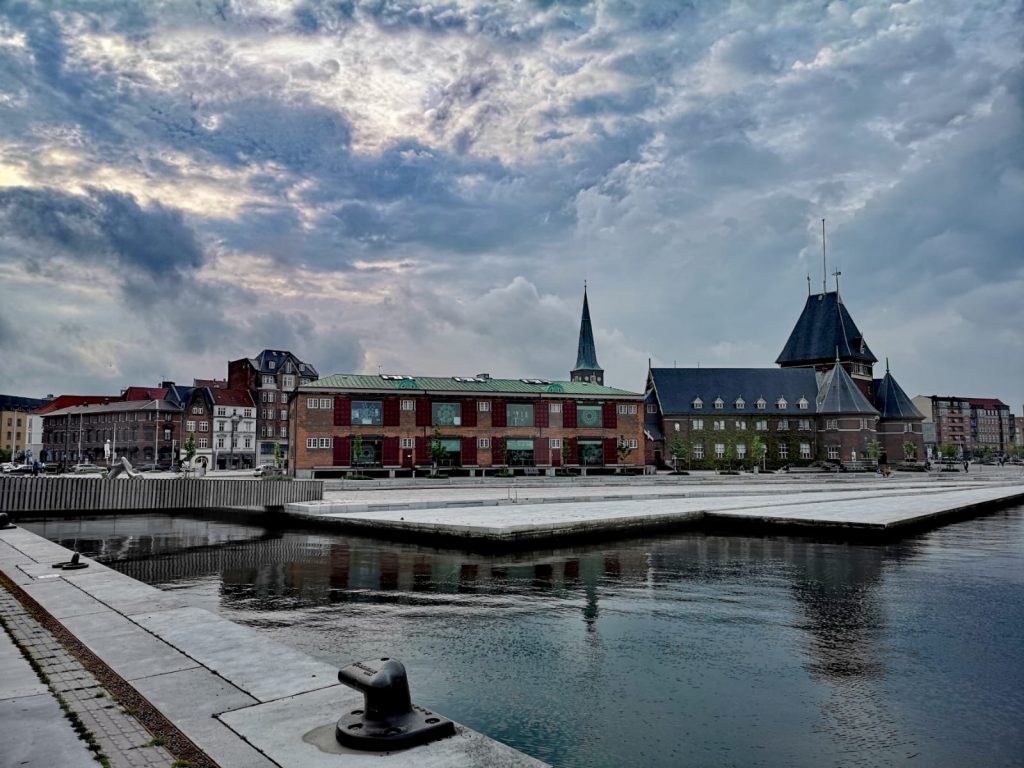 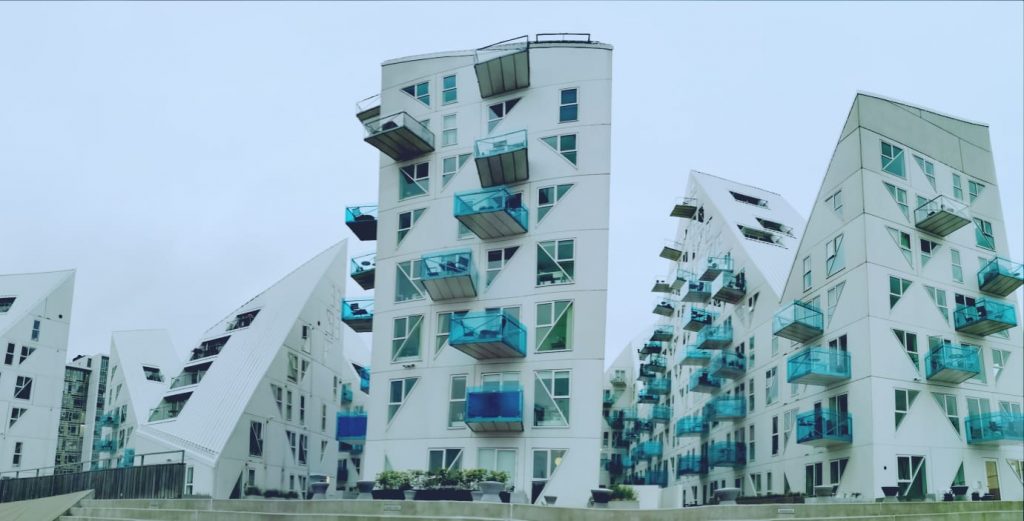 From Aarhus an easy 30-minute drive takes you to the Lake District, near Skanderborg (Central Jutland). 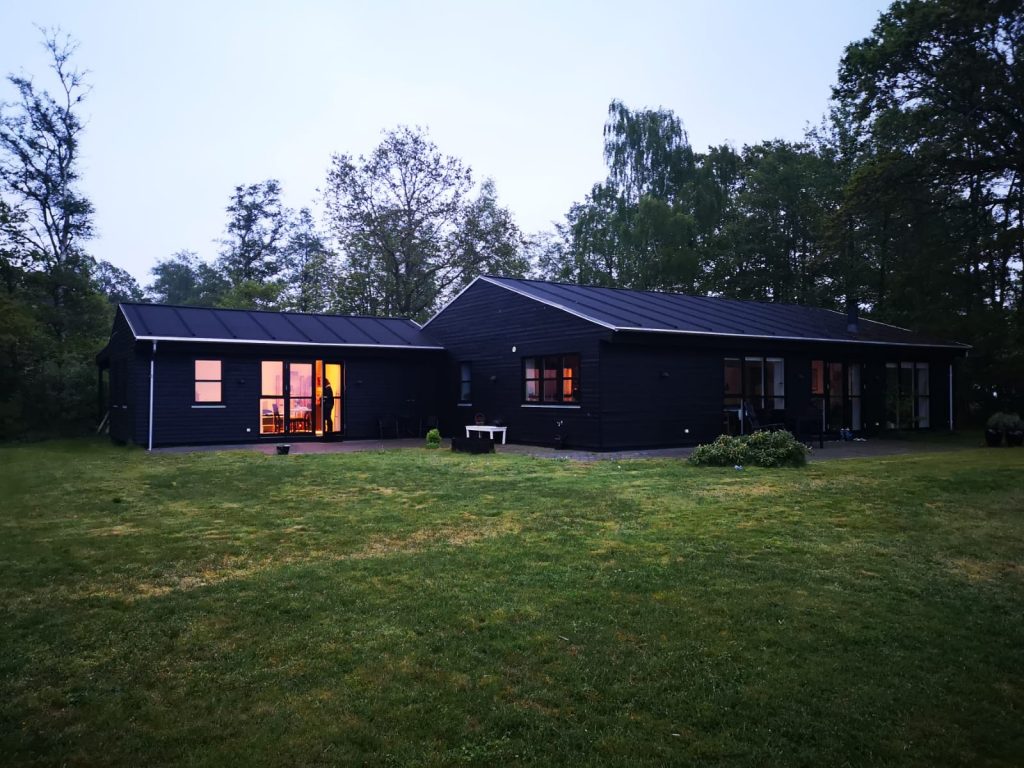 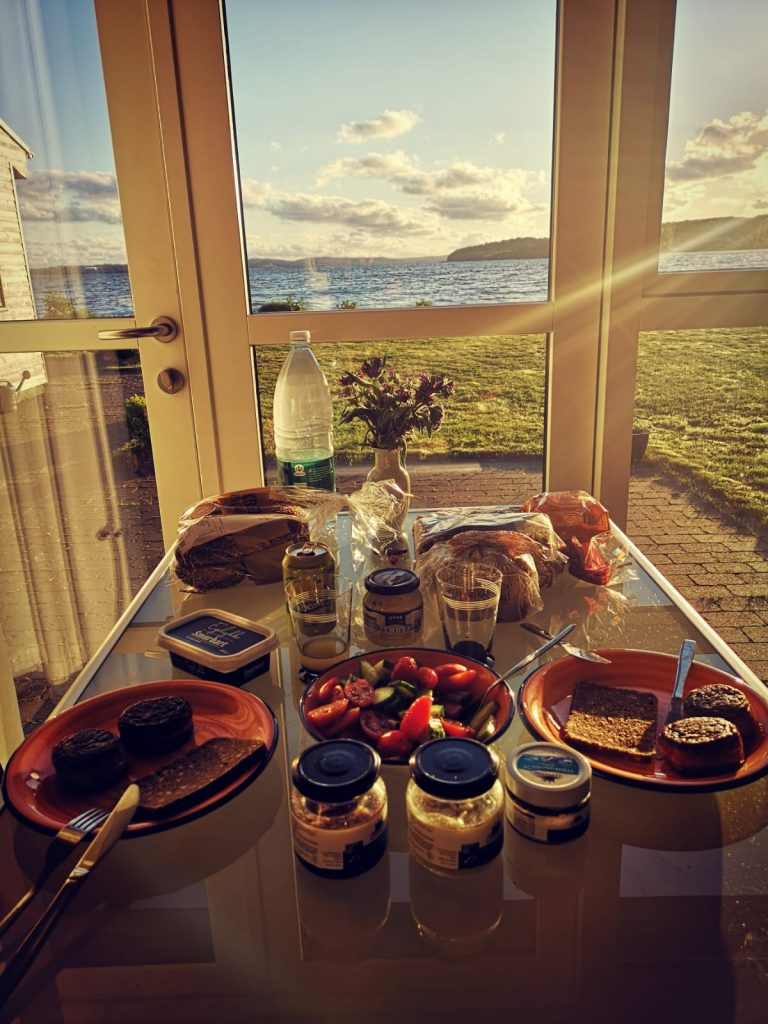 Our chosen accommodation was located on the bank of Mossø lake, hence its name ved vandet (“by the water”). We spent two nights there with all the comforts one may need: there’s no TV but plenty of other activities to do from board games, CDs, books, even weights if you feel like working out. The owners lived in the same building though the two living areas are separate. They were nice and not intrusive at all. We can’t recommend this place enough!